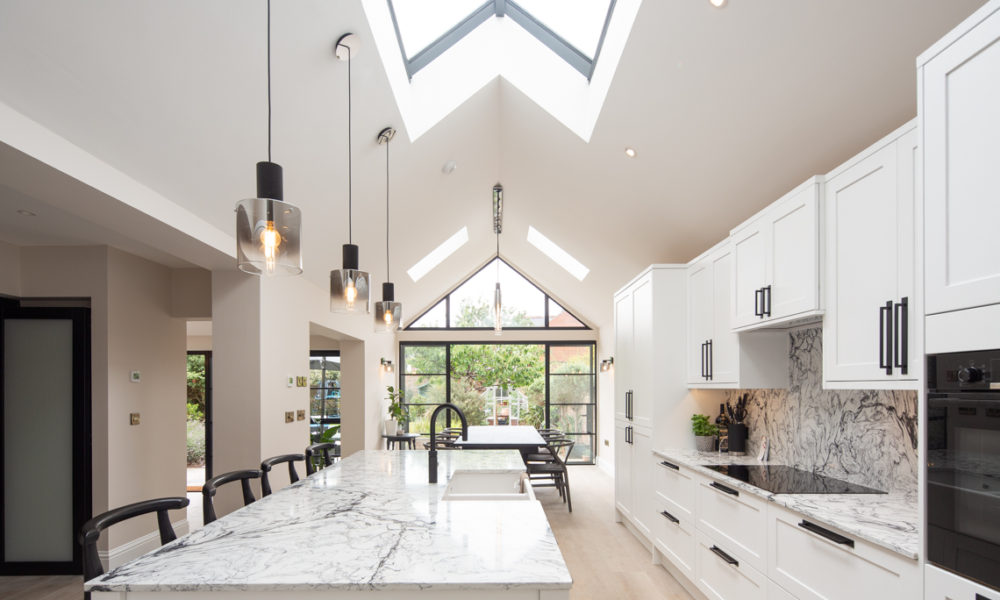 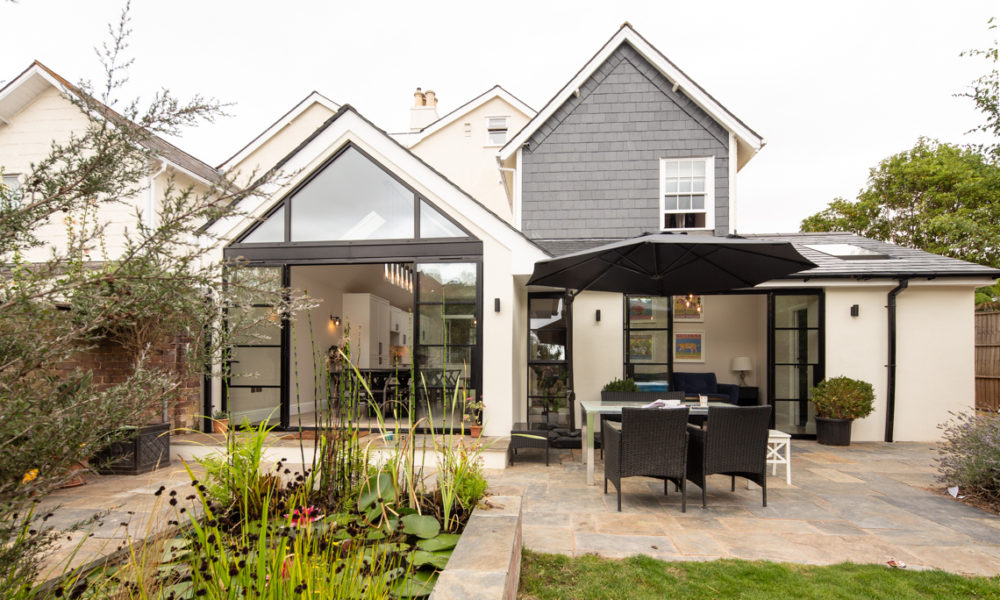 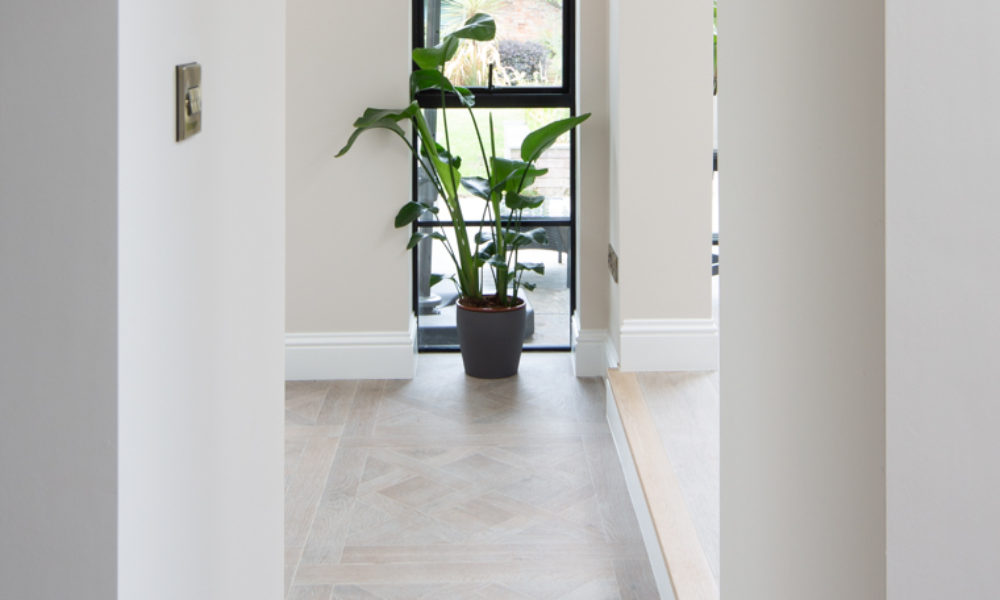 This building was in a poor internal decorative state, needed services updating and new internal fittings. It is Listed so needed careful attention, and specific permissions. The project involved some internal alterations and a rear extension that replaced some poorly performing previous extensions. The design took on a modern approach to visually contrast against the historic Georgian structure, but proportions and materials remain sympathetic. Use of pitched roof forms and glazing bars help harmonise with the host building in form, and familiar materials sit comfortably against the existing.

The layout retains the original reception rooms as unaltered spaces, but creates a semi-open plan kitchen-diner to the rear, with much improved access to the lovely south facing rear garden. Use of glazing and doors open up framed views of the garden as well as allowing a casual in-out relationship with the patio areas. The central and darker area of the plan has been utilised as a family room with a tv and toy storage. Insertion of new rooflights to this area will bring in ample daylight and ventilation.

The hierarchy of spaces from public to private has been updated, without harming the original reception rooms. Modern day uses have much greater emphasis upon kitchen and casual seating compared to the more formal reception rooms of old, which are now used more privately than when constructed. (In the 1850s, the public or guests would not have been invited back to the kitchens, but only to the reception and drawing rooms. Nowadays this is almost the opposite, so careful design of the spaces needs to be made to facilitate this social shift without harming the character of the rooms and building).

The design was looked upon favourably by the council and approved quickly. A detailed design package was created with construction details and liaison with building control, the structural engineer and an overview of the construction team, who worked directly with the building owners. 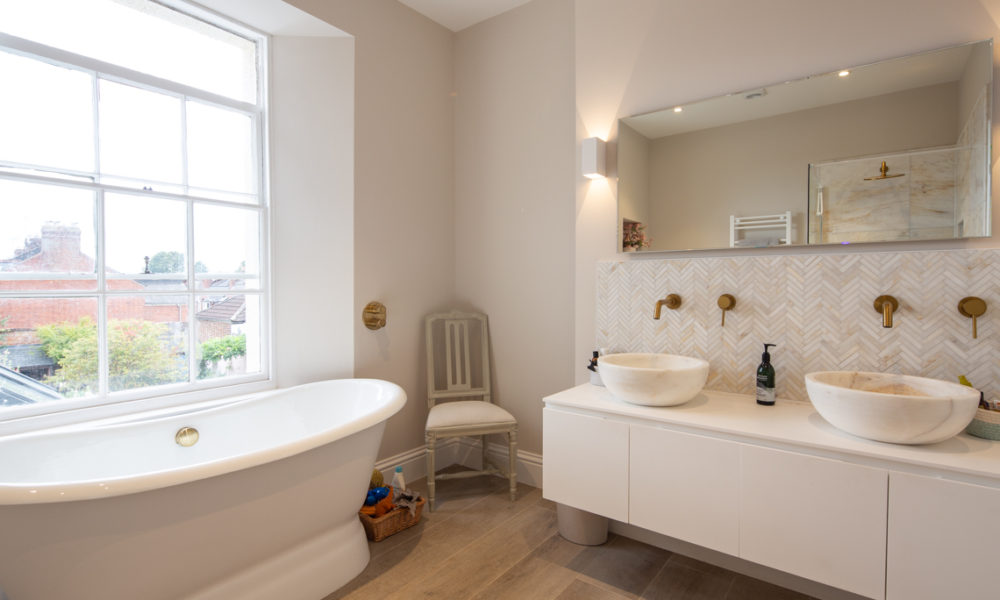 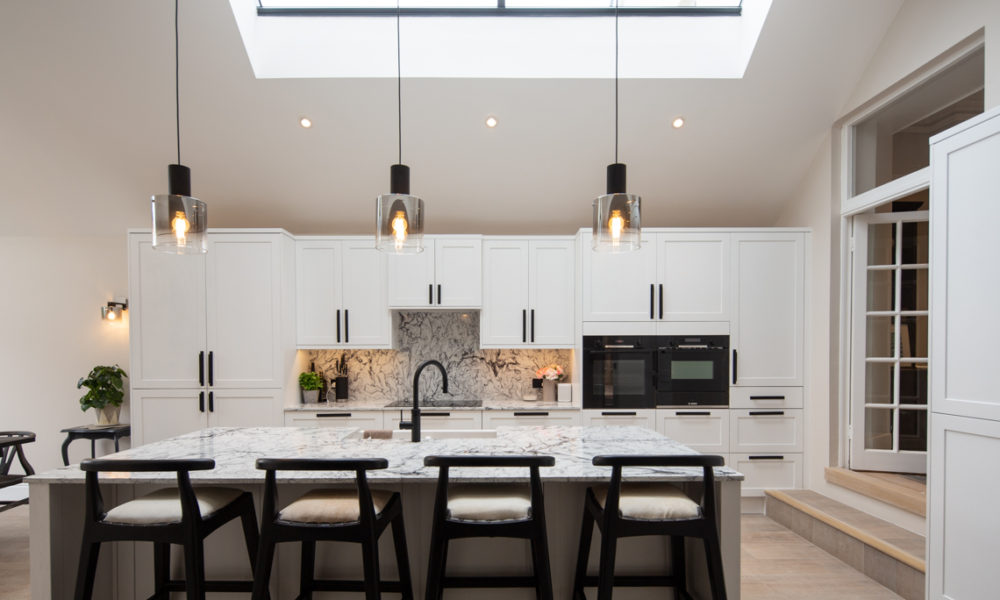 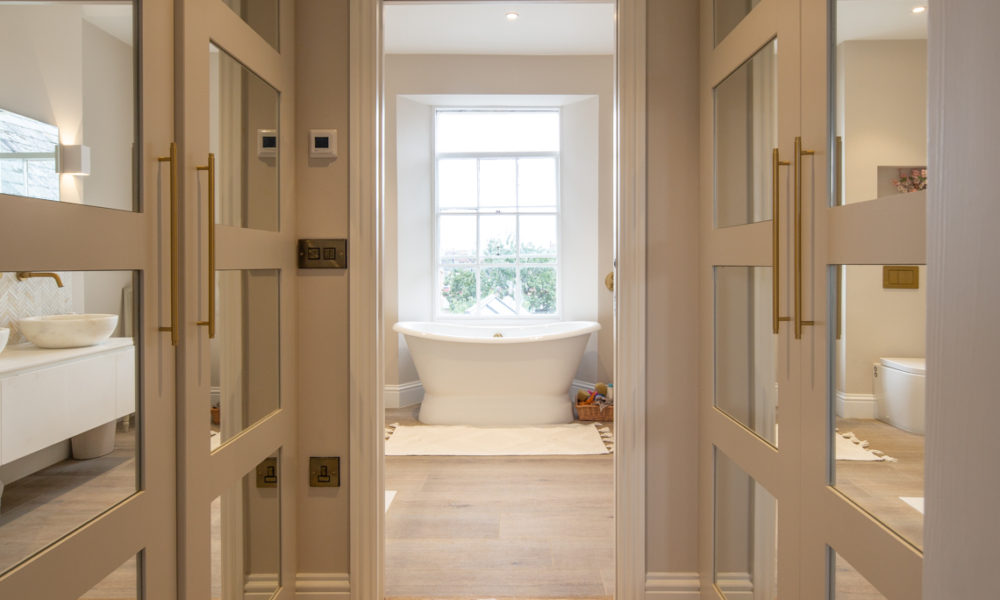 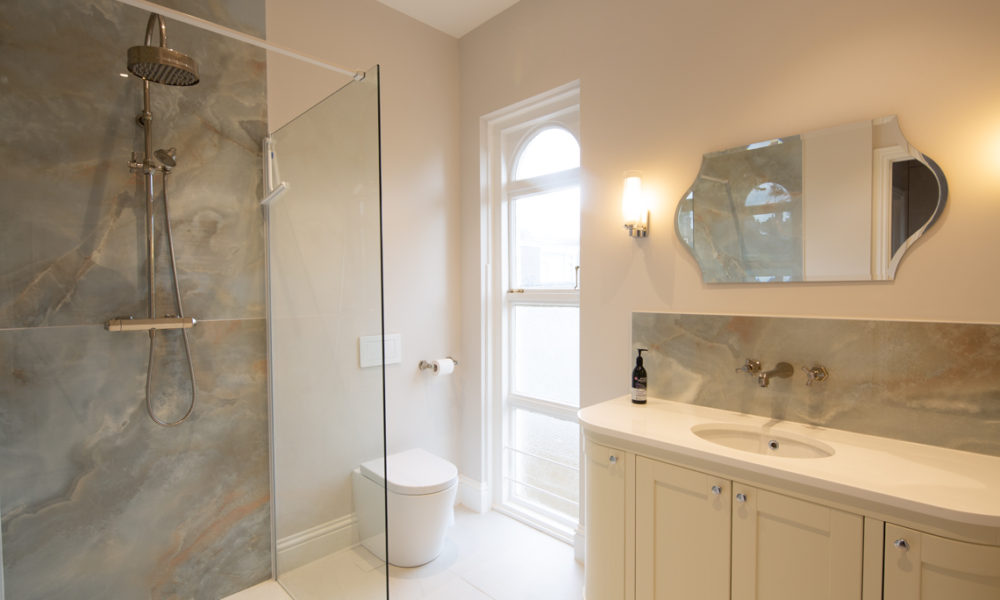 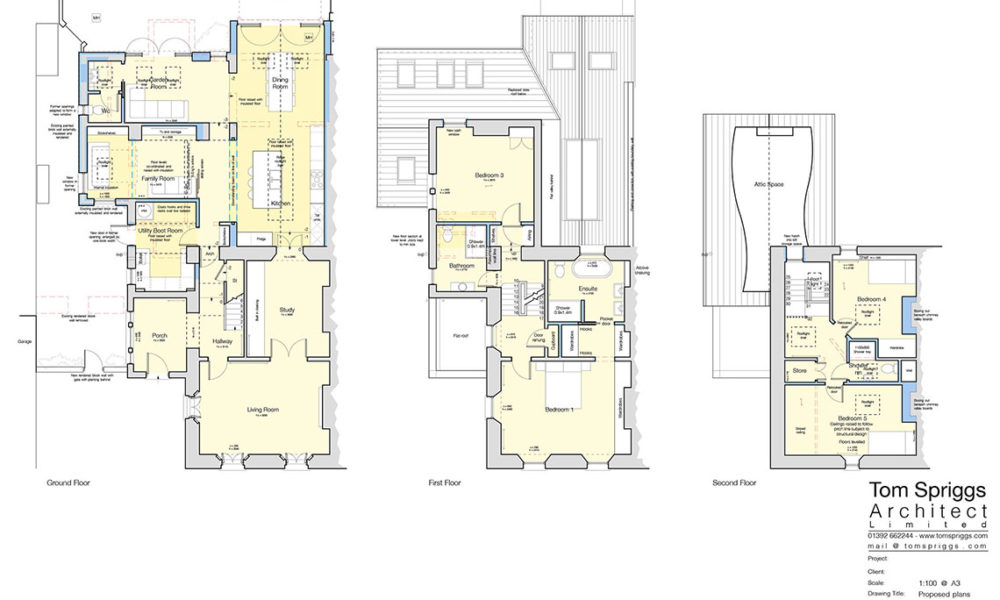 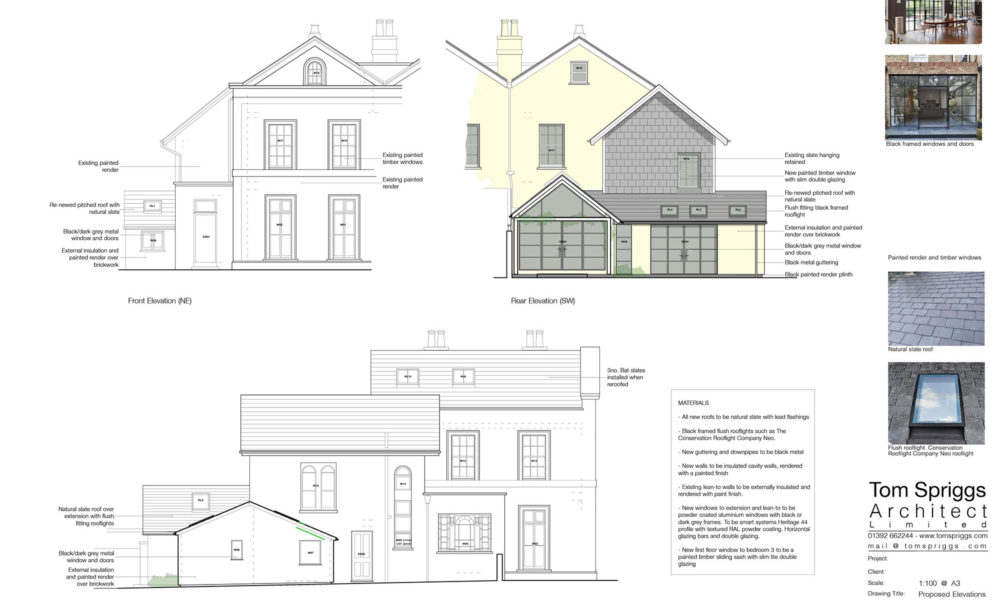 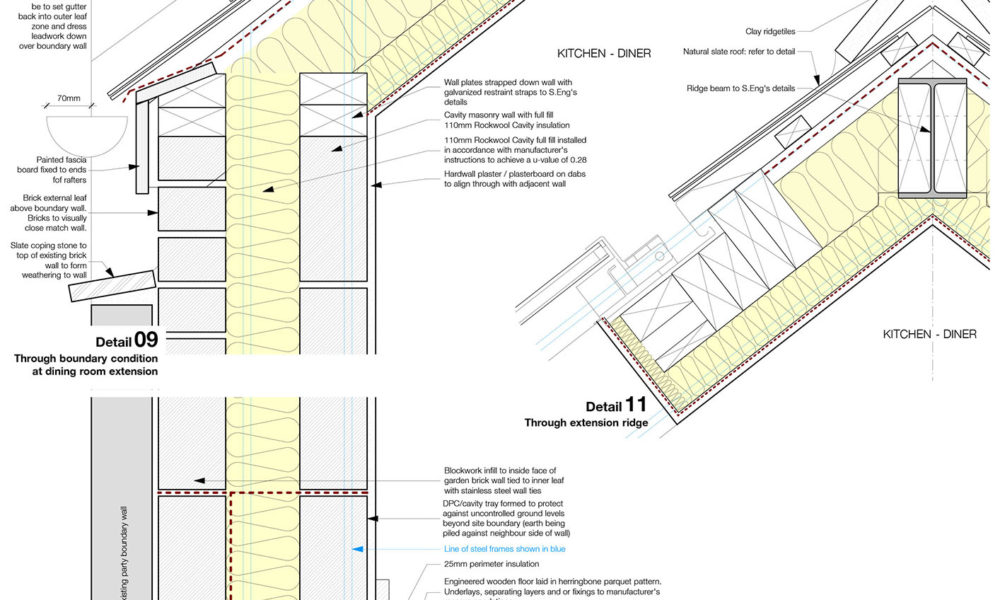 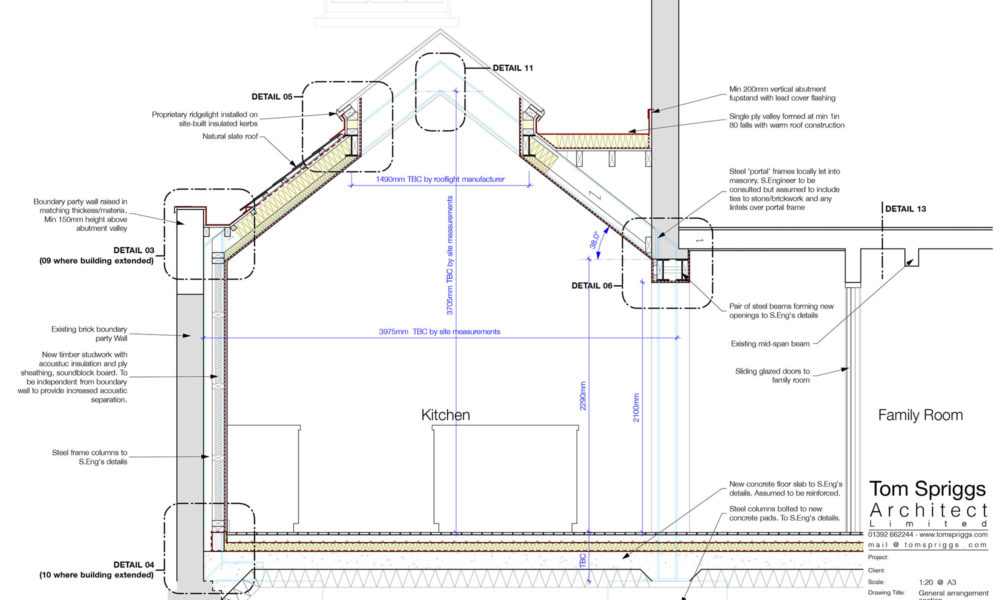 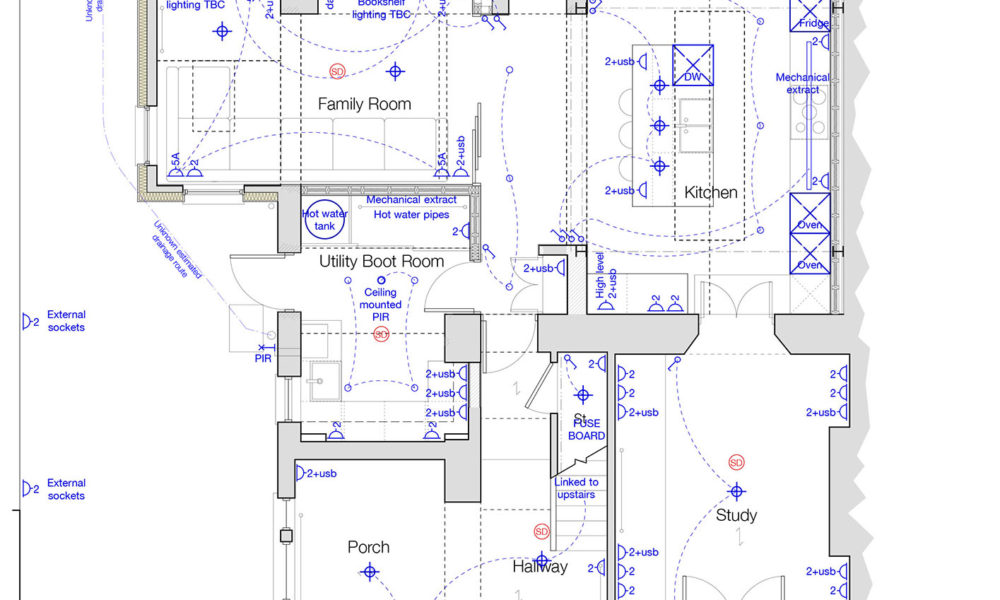