This family home already had a rear two storey extension containing a bathroom at first floor and a space at ground floor used as a garden room. This two storey extension replaced a historic bathroom/wc that may have been added after the original building was constructed. The modern replacement made the bathroom dry and functional, however, the replacement did not adequately serve the layout, or the family’s use, and left some underwhelming spaces between it and the older single storey rooms.

The brief for the project was to increase the size of the rather small kitchen including a proper dining space; to replace/improve the rear single storey rooms and to make the best of what was already existing rather than to tear it down and start again. The eventual design replaced the historic rear projecting section as it was too poor quality to improve with satisfactory results, and kept, but altered the two storey section. A small infill extension joined up the new and old to form a connected and level space under the retained bathroom above. 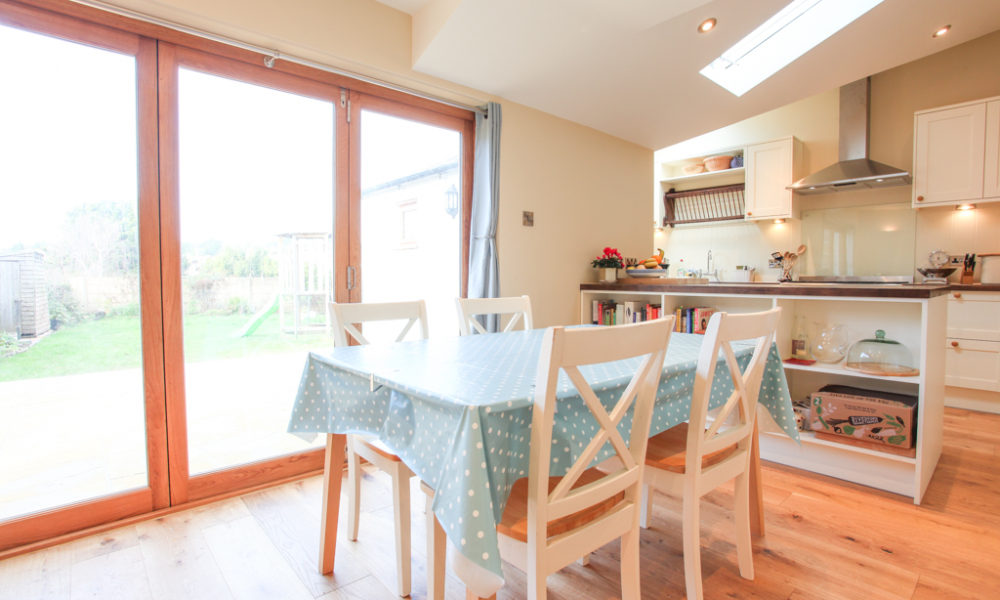 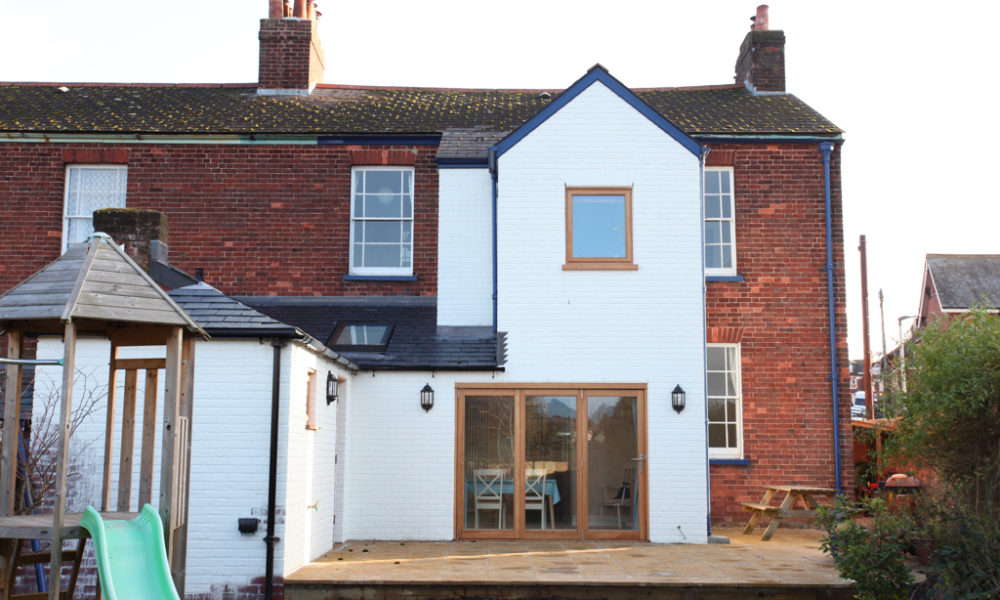 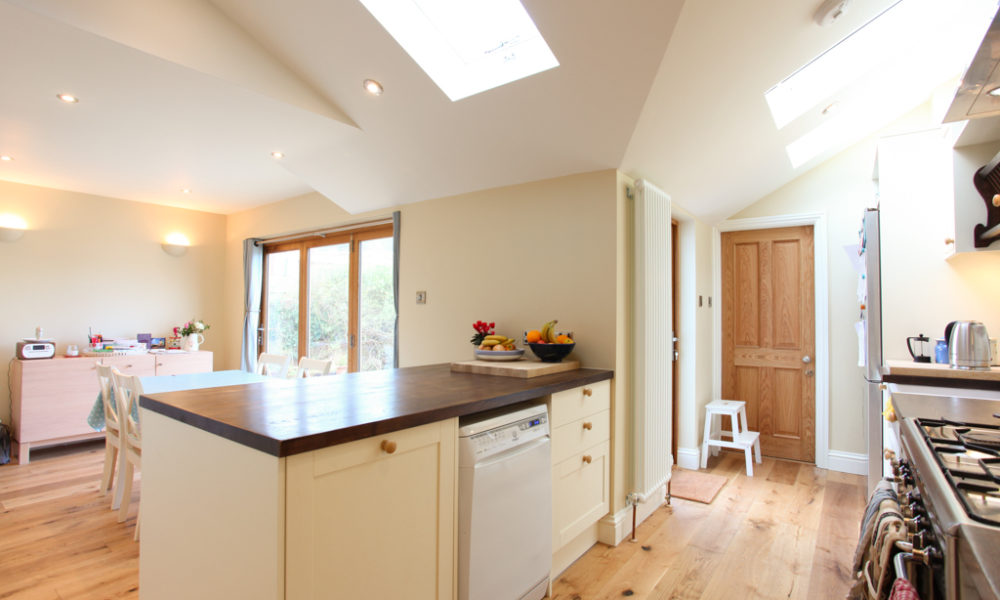 The resulting space really works well to provide a joined up living space with small snug area, dining space and fully functional kitchen. A small wc/shower/utility off the rear includes a washing machine cupboard to maximise the kitchen functionality without crowding with cupboards. It is a sociable and family-friendly space where the children can play, work and be near the main adult gathering and cooking spaces.

The owners were keen for a traditional approach and were very keen to respect the Listed Building status of the house. A classic kitchen look is paired with sensible budgeting choices of reusing stand-alone appliances rather than built-in, and making use of the existing plate rack as a historic feature. Simple but effective use of tongue and groove panelling as a splashback is a sympathetic nod to the former “domestic offices” of the original house, now lost to the rebuilt kitchen.

The wrap around roof is of natural slate, using large modern rooflights, but keeping a traditional winding mechanism and flush to the roof plane installation.

Painting all the modern brickwork unifies the former extension, with its poorly coloured bricks, with the newly built sections. It also very neatly defines the ‘new’ and ‘old’ – a good heritage/conservation technique.

Guttering is often overlooked but here cast aluminium gutters use a historic profile to mirror the originals, and as they are low, look so much better for it. Rise and fall brackets support the guttering, but also add visual interest and detail.

Between the inner room (now a snug) and the new kitchen, the old sash window has been retained. Far from a burden, this indoor feature is as much fun as it is useful. It keeps a link between the 3 spaces making the relatively small cellular rooms feel open-plan like without loss of historic layout. The rooflight above the peninsula island casts light into this space, used for piano practice, casual TV and children’s games. 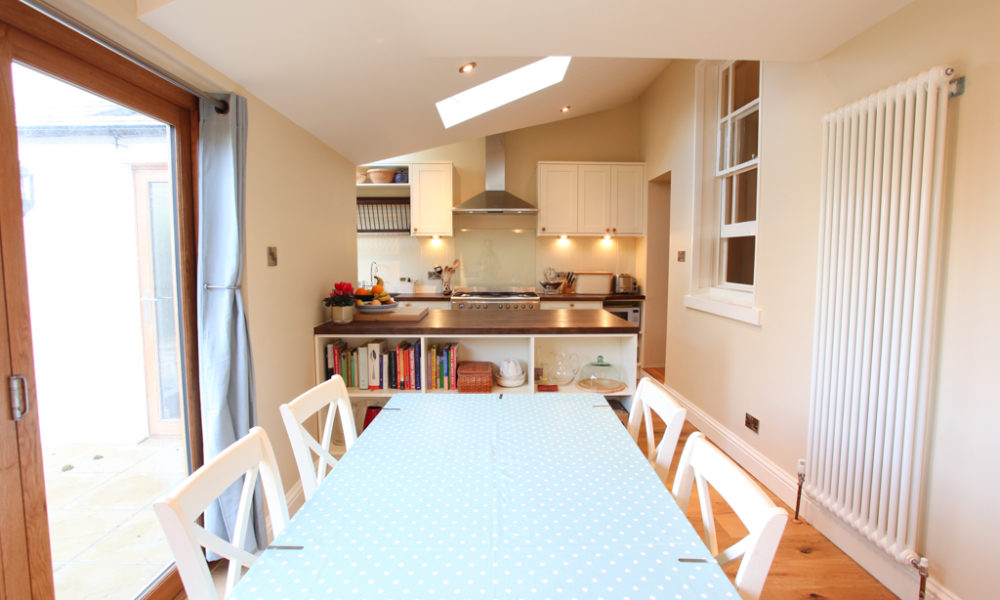 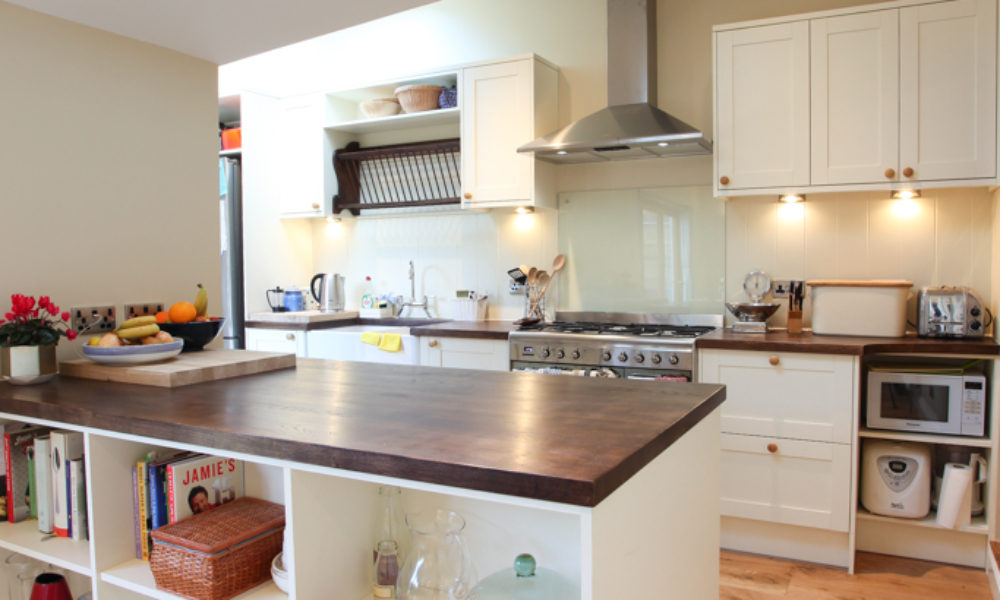 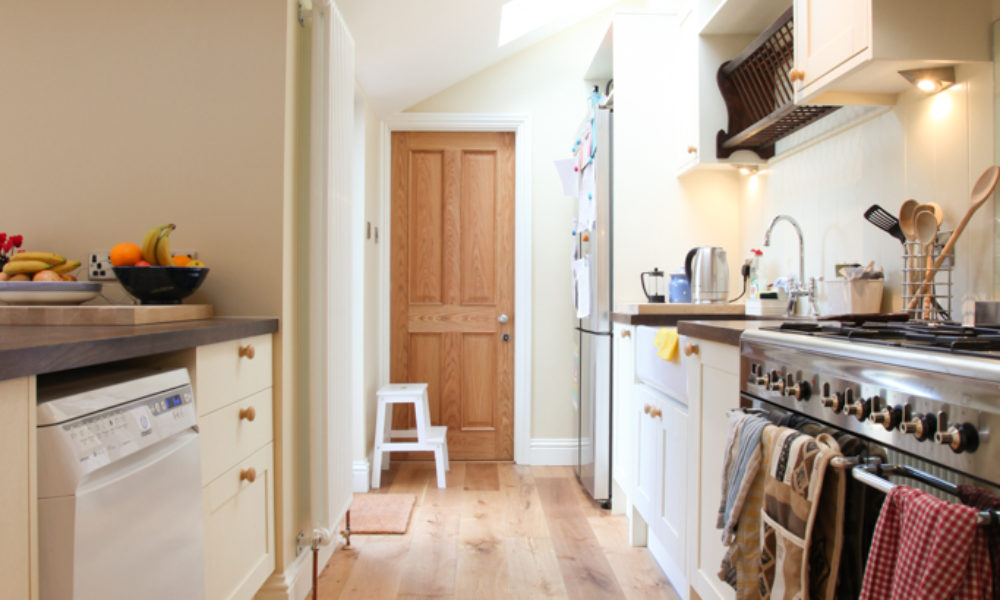 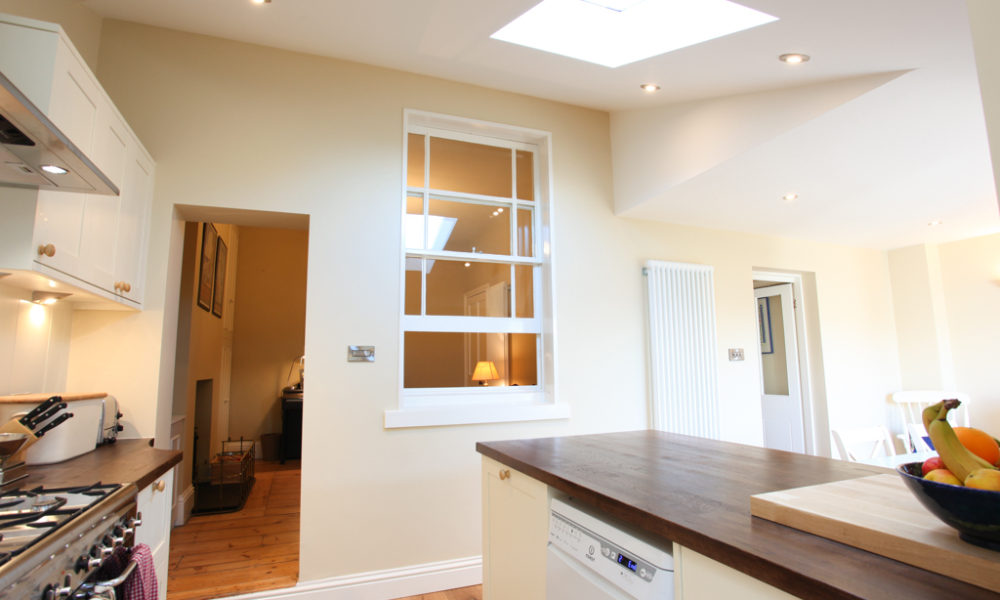 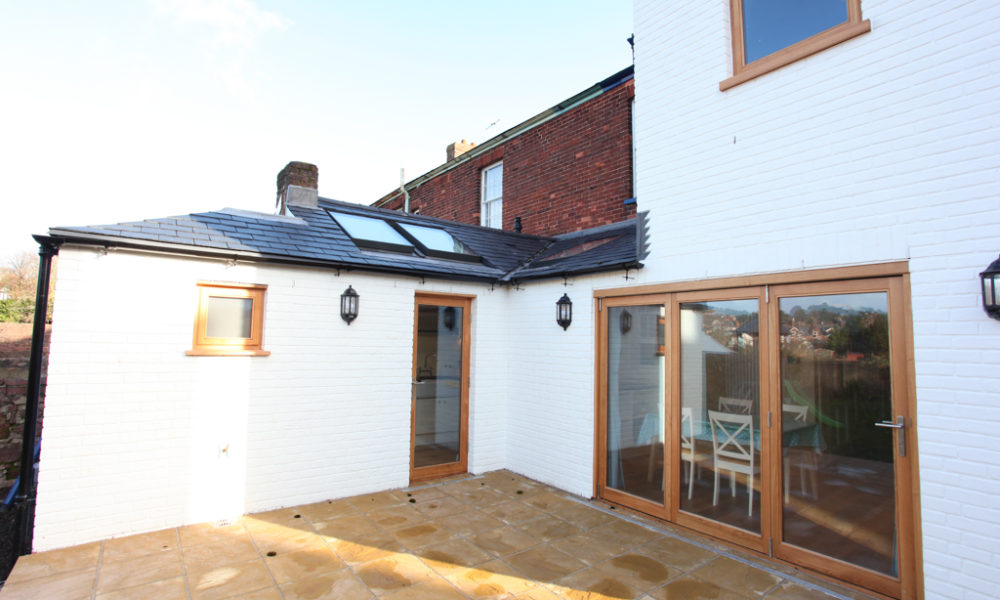 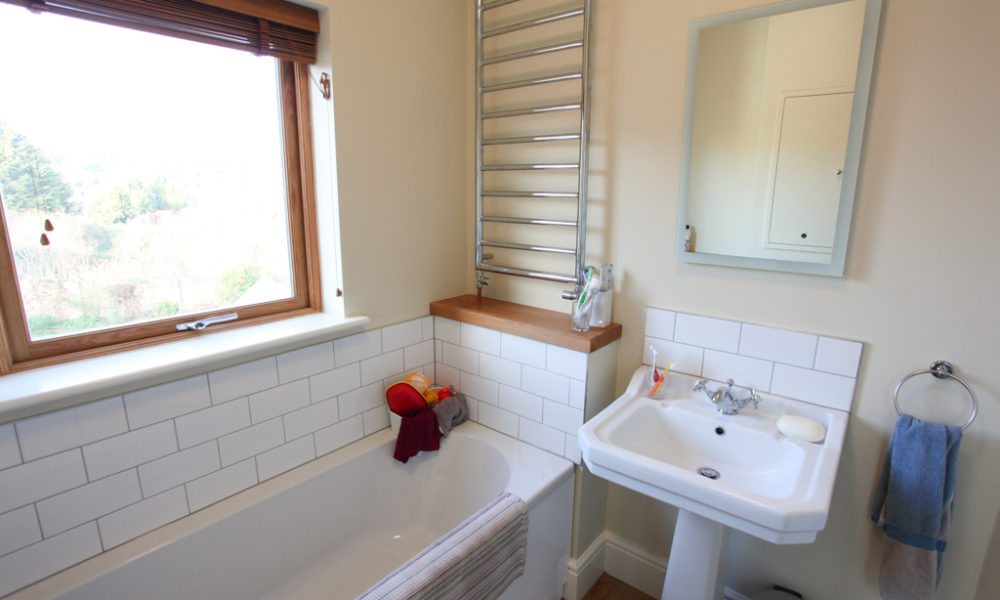 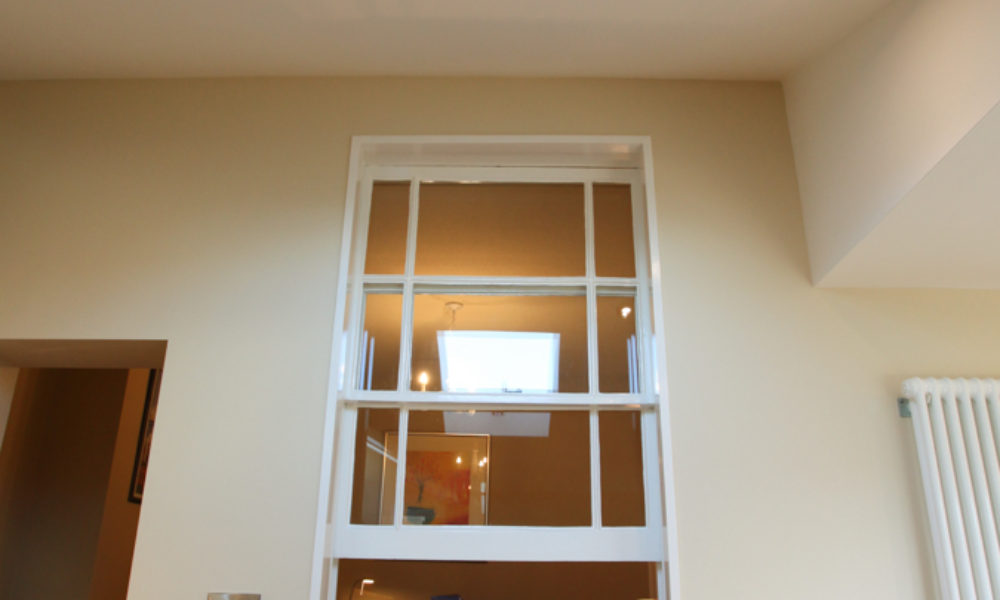 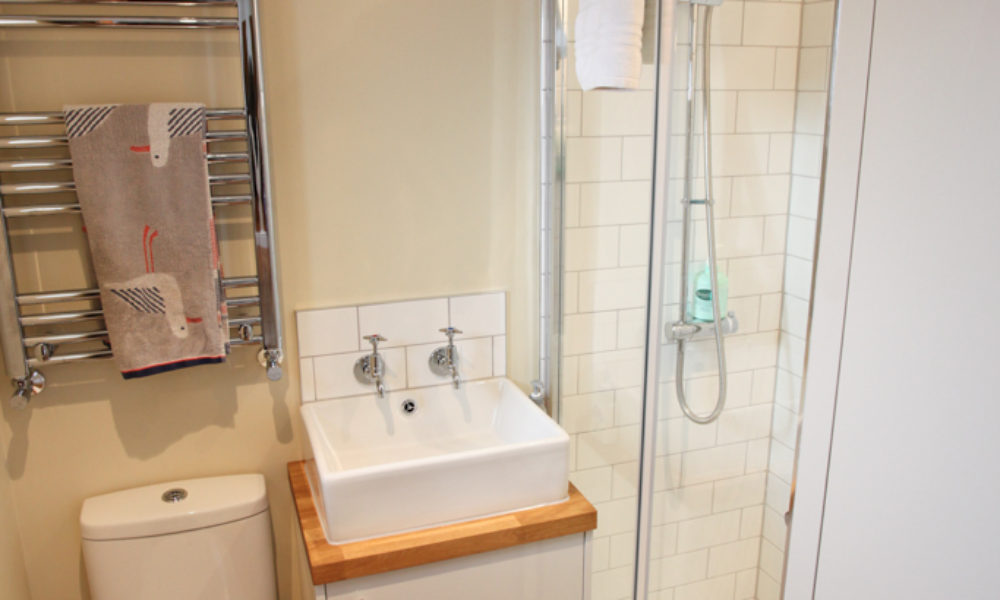 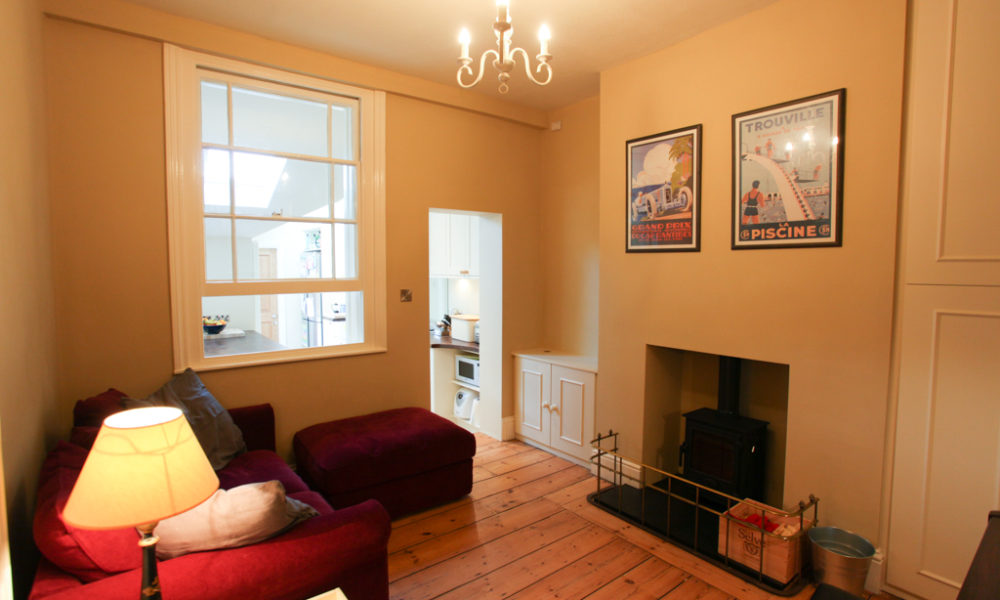