Modern extension to a 1960s house

This rather unusual 1960s building had been tastefully and carefully remodeled internally by the previous owners and 5 Points Architecture. The work made the most of the upside-down living and internal spaces but did not connect with the garden or outside spaces very well because of the steeply sloping site. Previous un-built planning permissions existed for a balcony/terrace over a side extension. The new owner wished to create a connection with the garden and views, as well as extending the building to a four bedroomed house with a larger extension than previous designs. 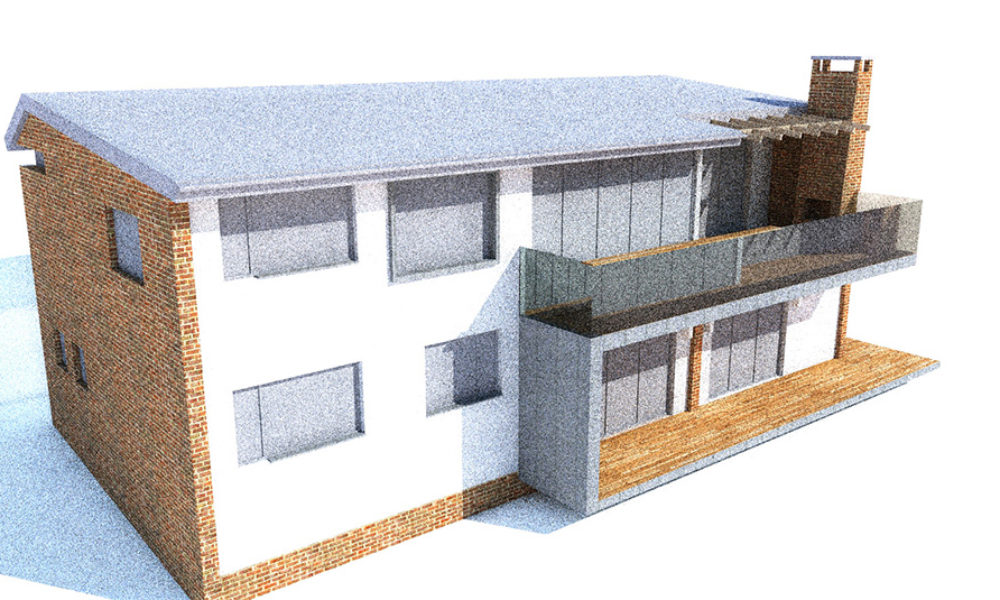 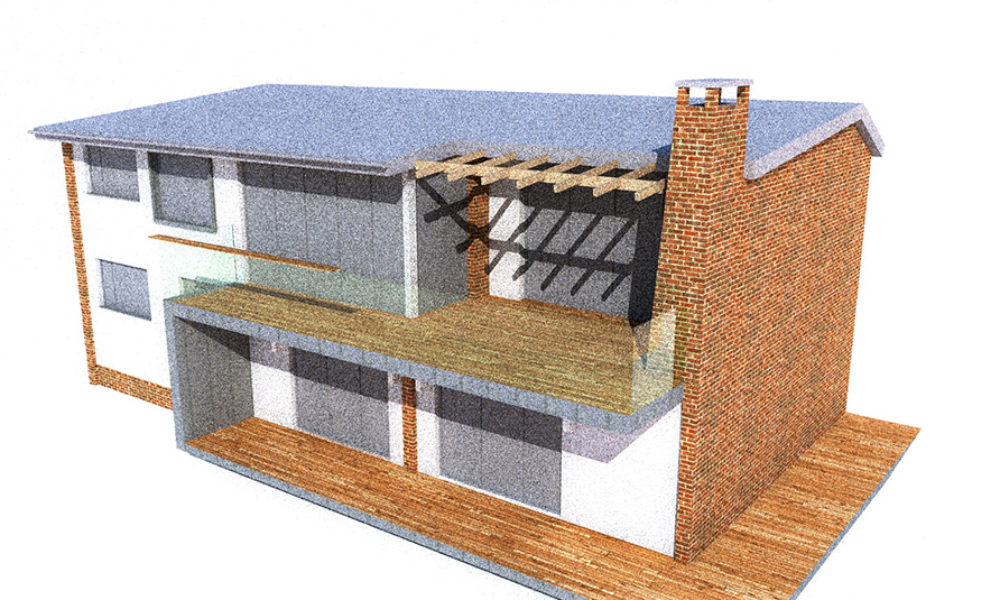 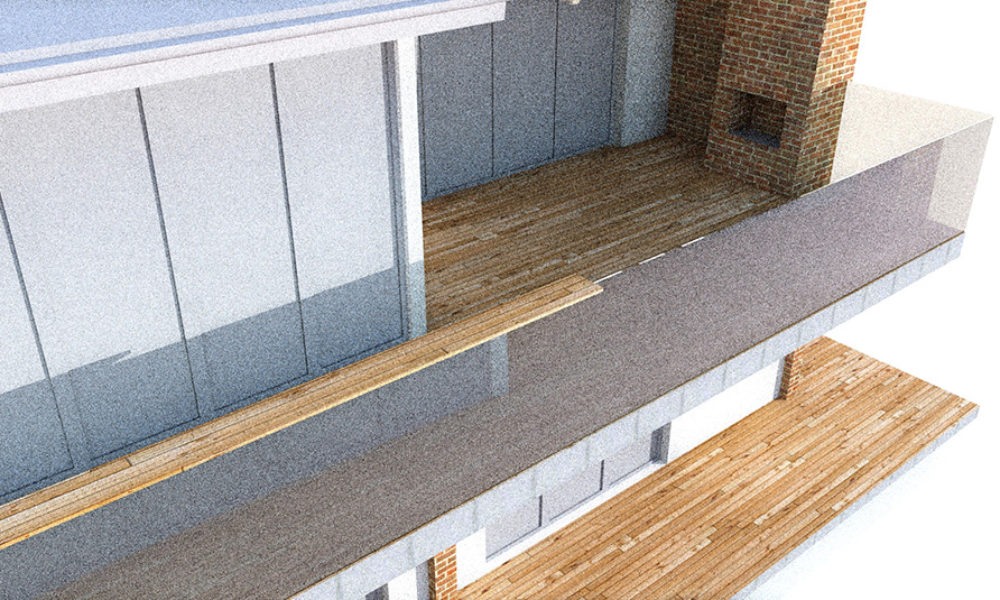 The site and building’s position lent itself very well to a side extension and several options were laid out. These gave a variety of options of how to balance the size of each space. It soon became apparent that the project and the wishes of the client were escalating from where he had started out. A cautious approach was taken whereby investigation into costs was made before committing to a design solution. The site is very steeply sloped and there are retaining walls holding part of the ground back. A structural engineer was invited to comment upon the early sketches and gave valuable input to shaping the final design early in the project.

Once a broad scheme had been completed then a quantity surveyor gave a budget estimate, with breakdown of each aspect. With the individually priced parts of the build, the design could be further refined to achieve a lower overall cost. A couple of local estate agents were asked by the client to give an opinion on market value, to give further confidence to the project. The work includes harmonizing the whole building with window and door replacement as well as a new roof. This will have the effect of tying the two parts together. The wrap-around balcony connects the two further. Stunning views over the nearby valley will be possible from every room in the house and the large upper balcony that now benefits the existing living and kitchen areas of accessible outdoor space. 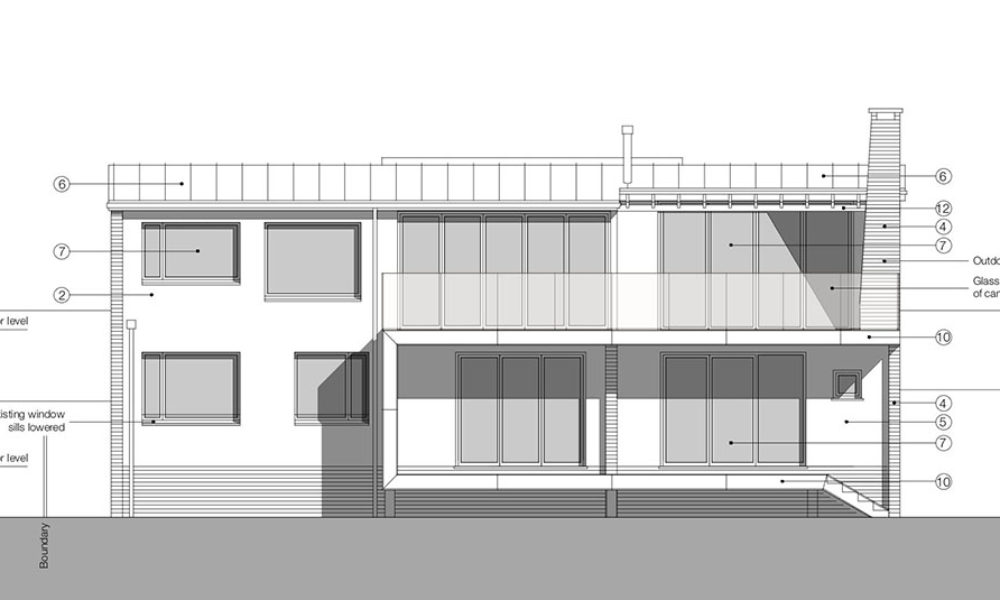 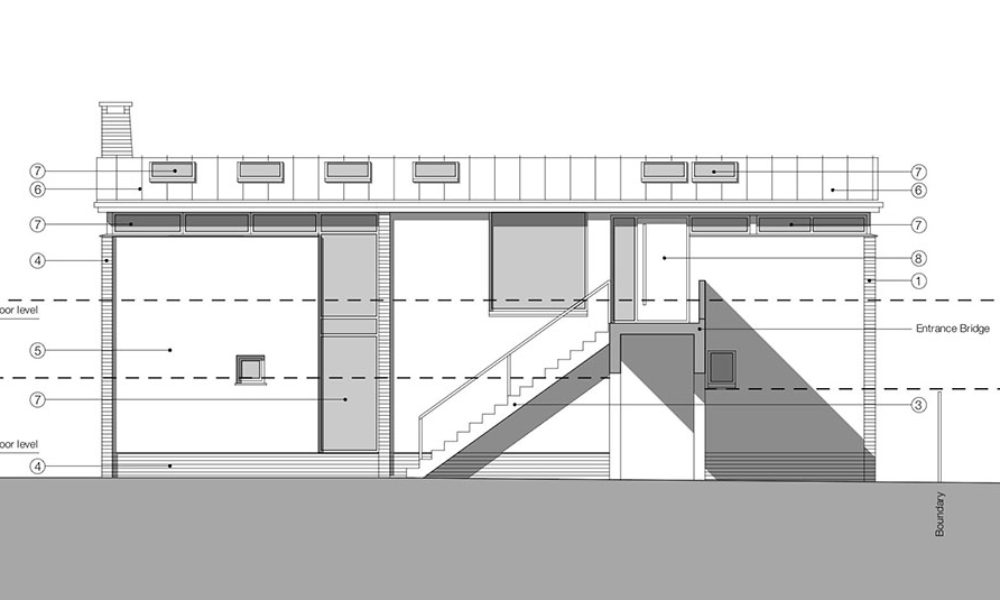 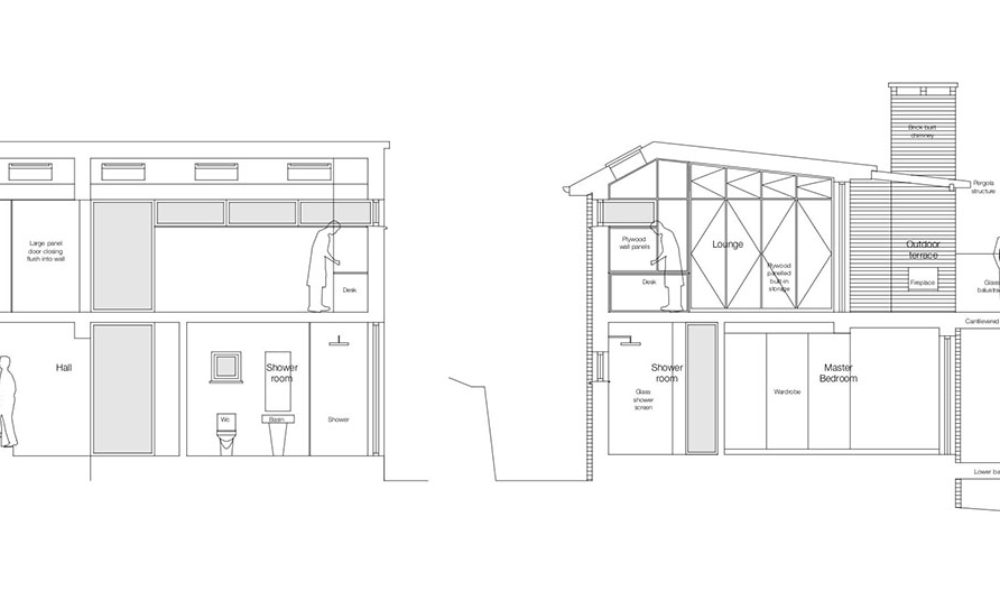 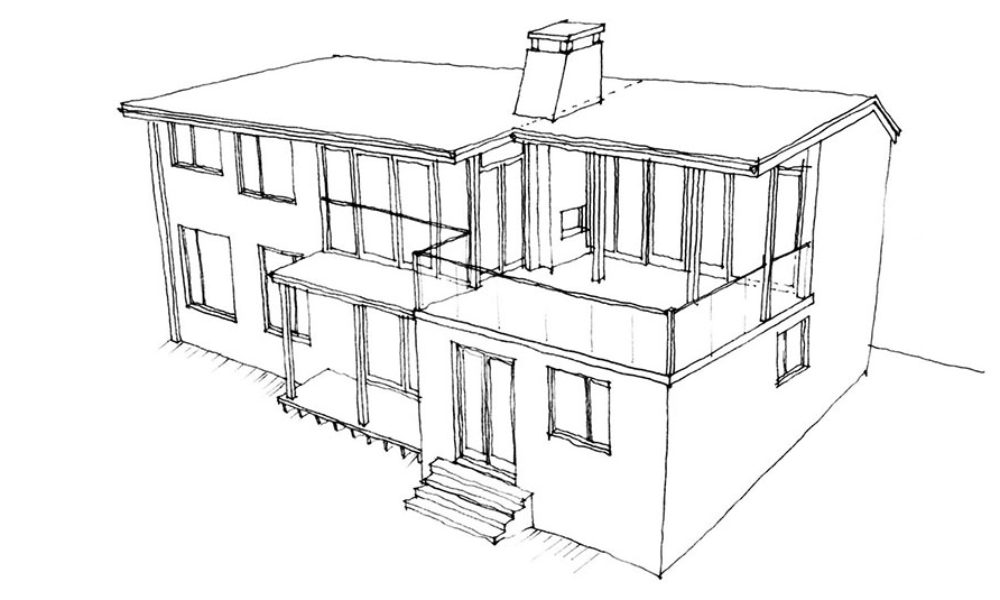 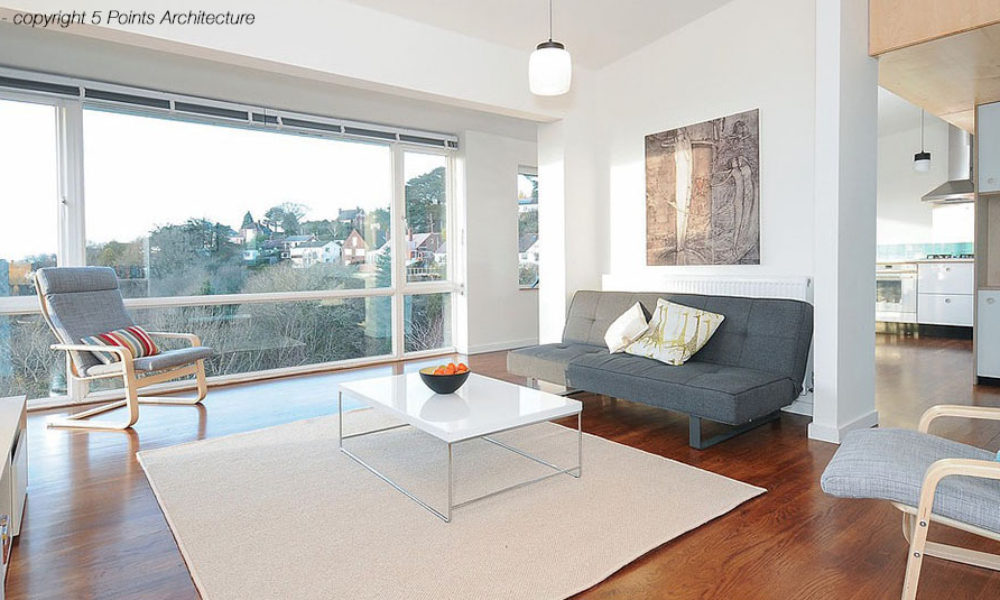 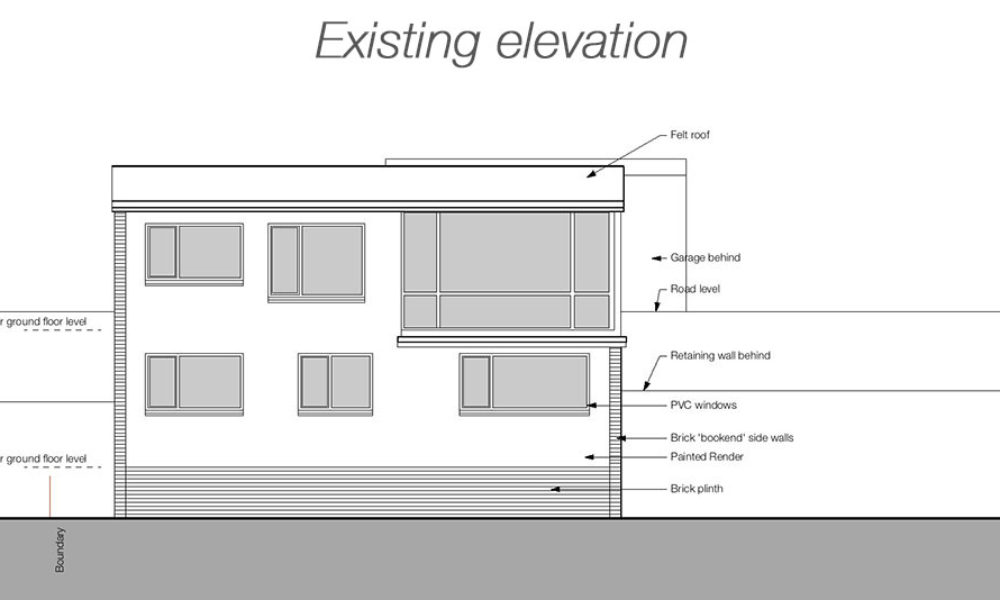