Extension to a Listed Building in oak and glass 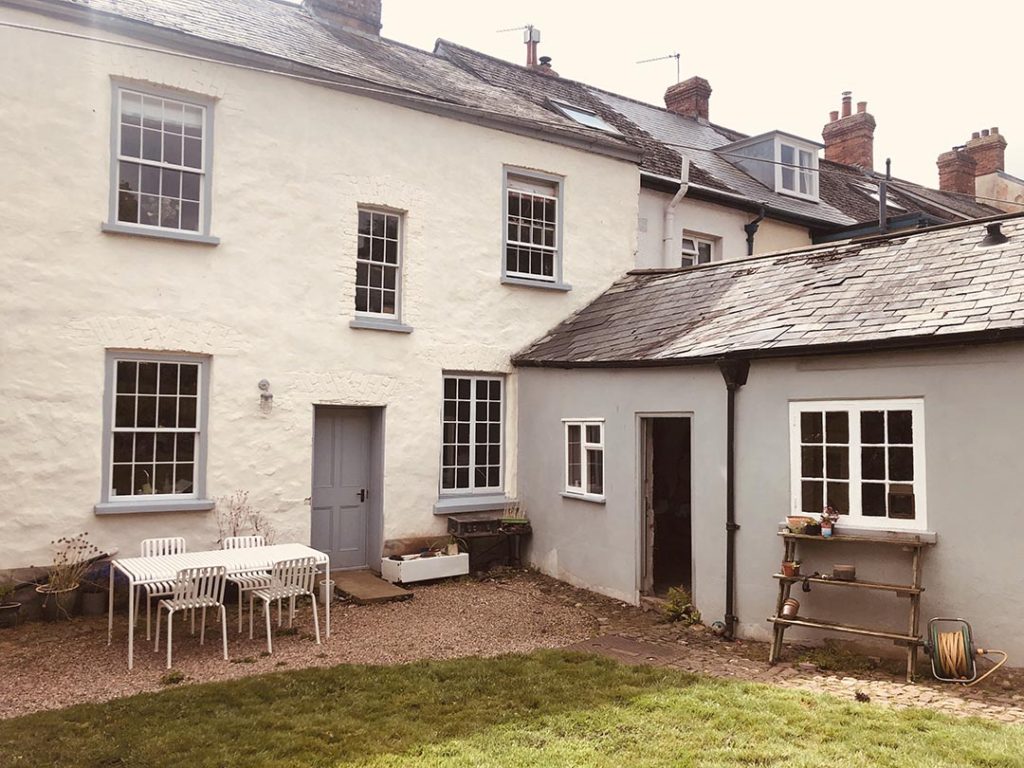 Work to a Listed Building comes with its own unique challenges. Not all projects are viable, care has to be taken to limit damaging interventions. However, Listed status is not a fixed point in time, nor is it there to hark back to days gone by with rose tinted spectacles, even if some Conservation Officers at planning and the process can make it seem so.

The idea of Listed status is to ensure that any decisions are truly considered and due process is undertaken to avoid irreversible damage or loss. Once something has been removed or damaged, it is impossible to get it back, replicas are not the same as the original. Buildings are Listed for many different reasons, sometimes simply because they are old, sometimes because they are old and add wonderful character to a streetscape, others because of who designed, built or lived in them. Occasionally you come across a Listed Building that has a special or rare technique of construction or detail. (In these situations it will be very difficult to change those specifics.) In almost every case however the building will have changed, adapted and evolved over time as the occupants, society and technology have also changed, adapted and evolved.

There are countless historic Listed Buildings that have electricity, inside flushing toilets, showers, central heating and the like, and these changes have been implemented to update the building as technology develops. Equally social change can drive design intent – for example most houses built pre 1900 will have small kitchens out of the way of visitors view, with the most impressive rooms on show as reception rooms to ‘receive guests’.  Following a dinner party or gathering, it may have been that the occupants would ‘draw back’ into the drawing room, a smaller intimate space, but again not the kitchen, and serving rooms. While only the largest houses would have multiple reception rooms, drawing rooms, kitchens, sculleries and wash rooms this principle was followed even in modest housing, right up until Edwardian times when the kitchens began to become more equally sized to reception rooms.

Nowadays society’s ‘politeness’ and traditions have shifted, with more of a public emphasis upon kitchens as a welcoming and gathering space, and the smaller lounges (drawing rooms) or snug spaces being more private. This inevitably requires amending the building, either by moving the kitchen or making structural changes. On Listed Buildings this may be damaging to the history and layout of the former, so extra consideration has to be made as they are legally protected to prevent unauthorised alteration. It is rare for something not to be possible, but there may be a greater degree on compromise from the initial goals. That said, most people who buy an old Listed Building do so because of the character, design and features they usually hold.

Below is a well kept house that had an existing single storey lean-to to the rear. This lean-to was in need of some repair, but also no longer a functioning space. Originally it would have probably been a space for washing clothes or dishes and previous owners had already moved the kitchen from the smallest back room, to another space allowing it to be bigger. This move further made this washing space of less use as it was distant from the kitchen functions. An application was made to enlarge the space, with a contrasting oak and glass structure and new insulation and heating to make better use of this narrow space as a garden sun room.

Small details in the design helped secure Listed Building consent. Discussion and negotiation with the local Conservation Officer on these choices ensured a smooth process leading to consent. You can see the lead roll detail in the roof ‘crease’ marking a change in direction, you can see the old brick gulley in the floor is reinstated in the bricks to mark the old line of the building and its former use. You can also see that the contrasting materials and design will enable the original building to remain legible, rather than trying to conceal it. Windows were large with chunky frames to avoid competing with the slim sash windows on the old building. Additional technical details put forward at planning ensured the Conservation Officer was happy we were sufficiently looking after the building and persevering its longevity. These included moisture vapour-open construction, using Geocell floor insulation, relaying the original bricks in lime and ensuring new decoration was in natural clay paints. This hasn’t prevented modern comforts such as underfloor heating, thermal upgrades, double glazed new windows and electrics but prevents damage to the delicate stone walls.

A local builder who is familiar with vapour-open (think plastics free) traditional construction and also knew the building managed to complete the work efficiently for around £3000-3500/m2 or £40K in 2021. The photos are taken just after completion so the oak will mellow in the sunshine as the colour fades and harmonise with the building appearance further. 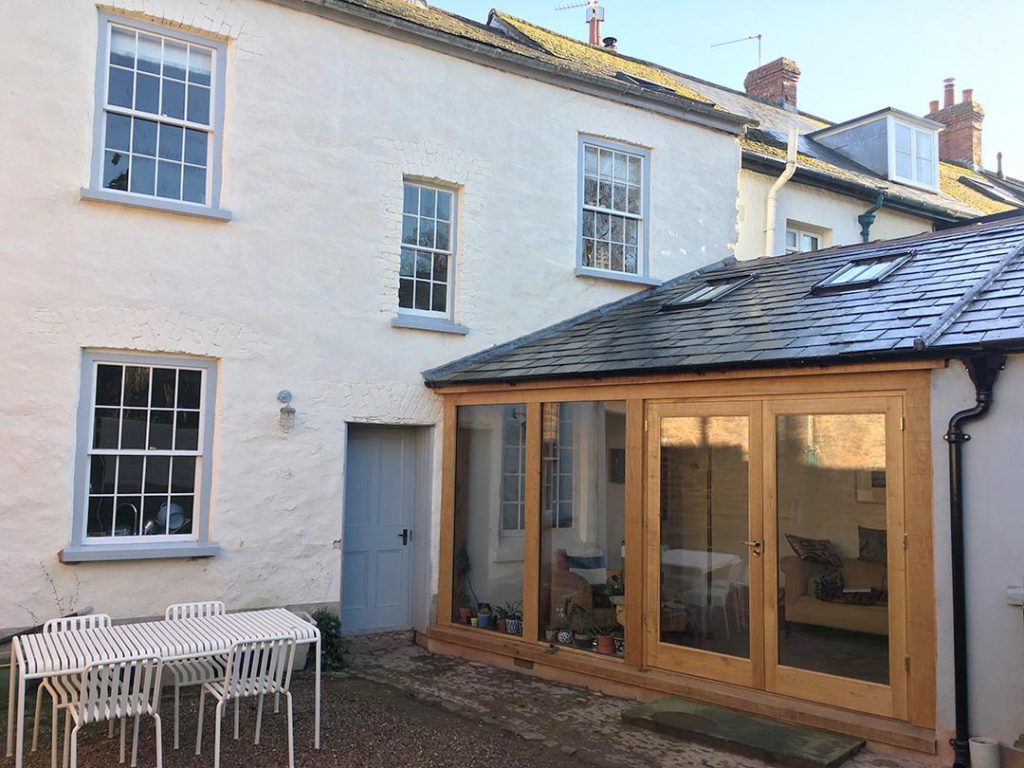 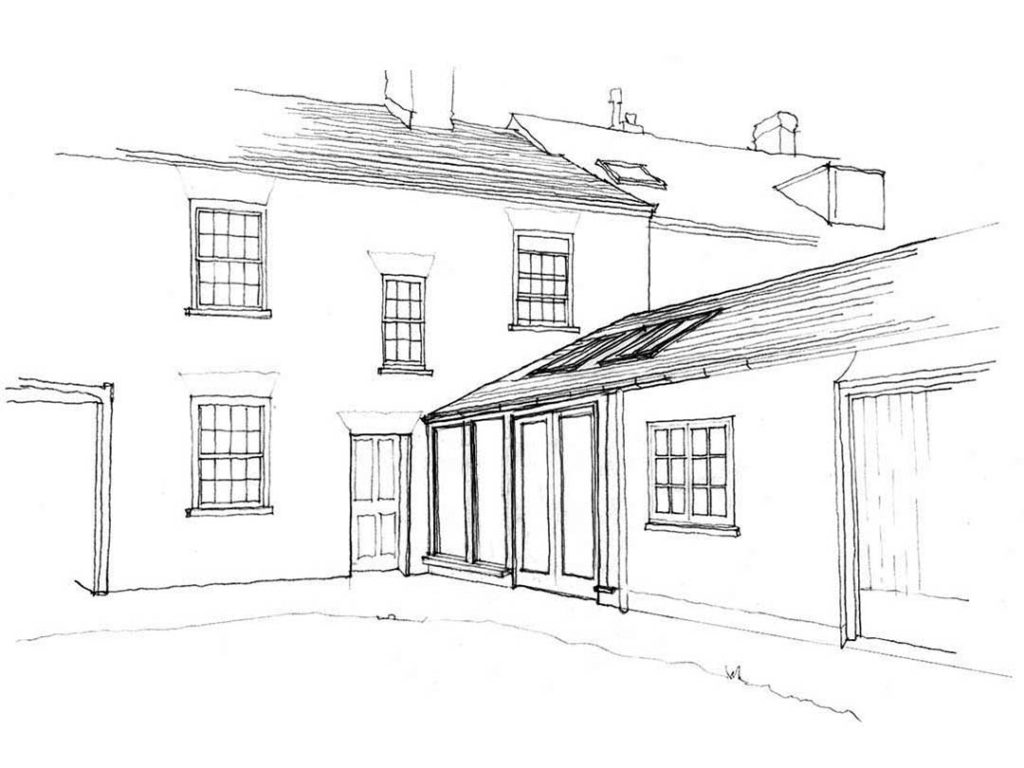 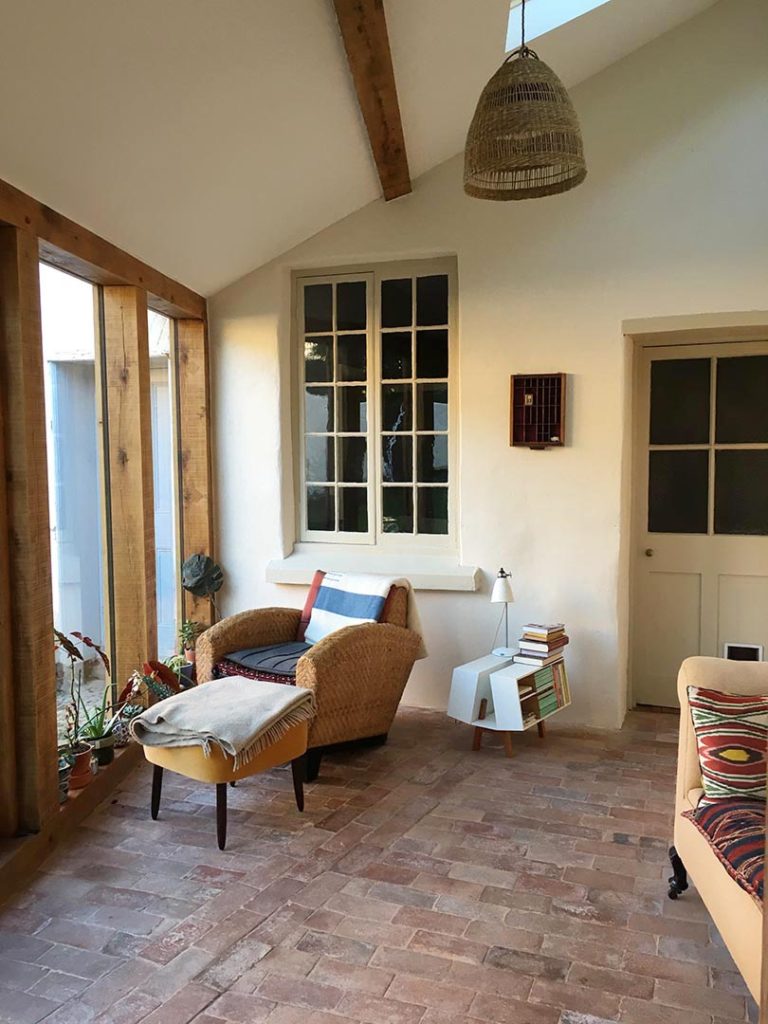 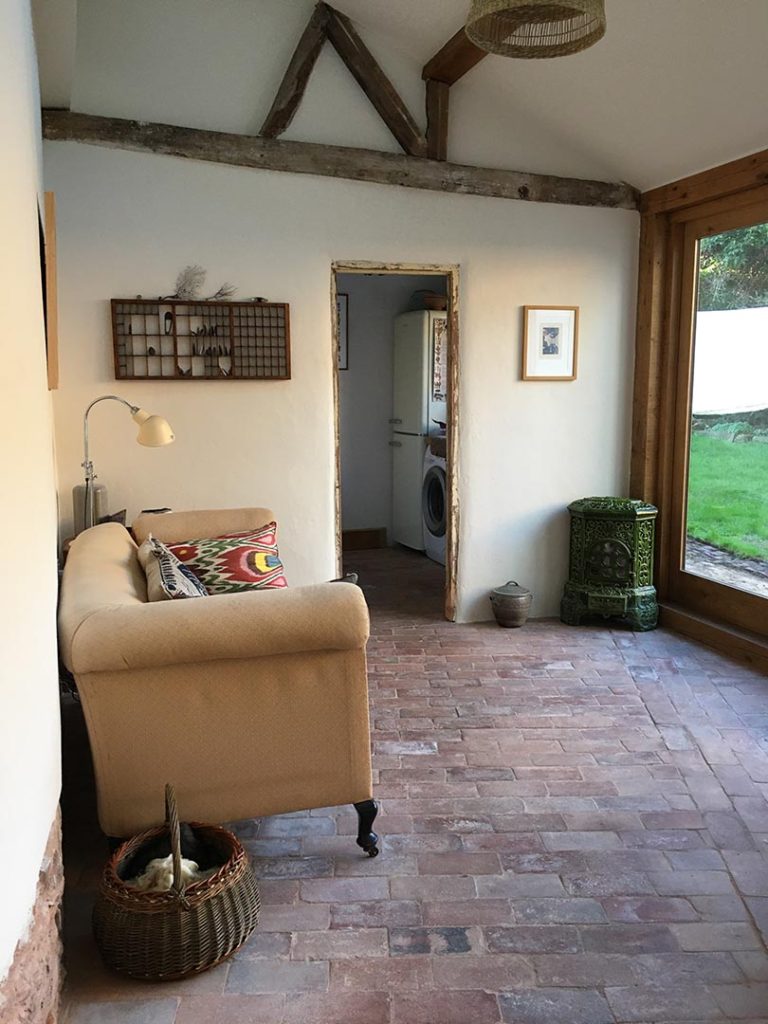 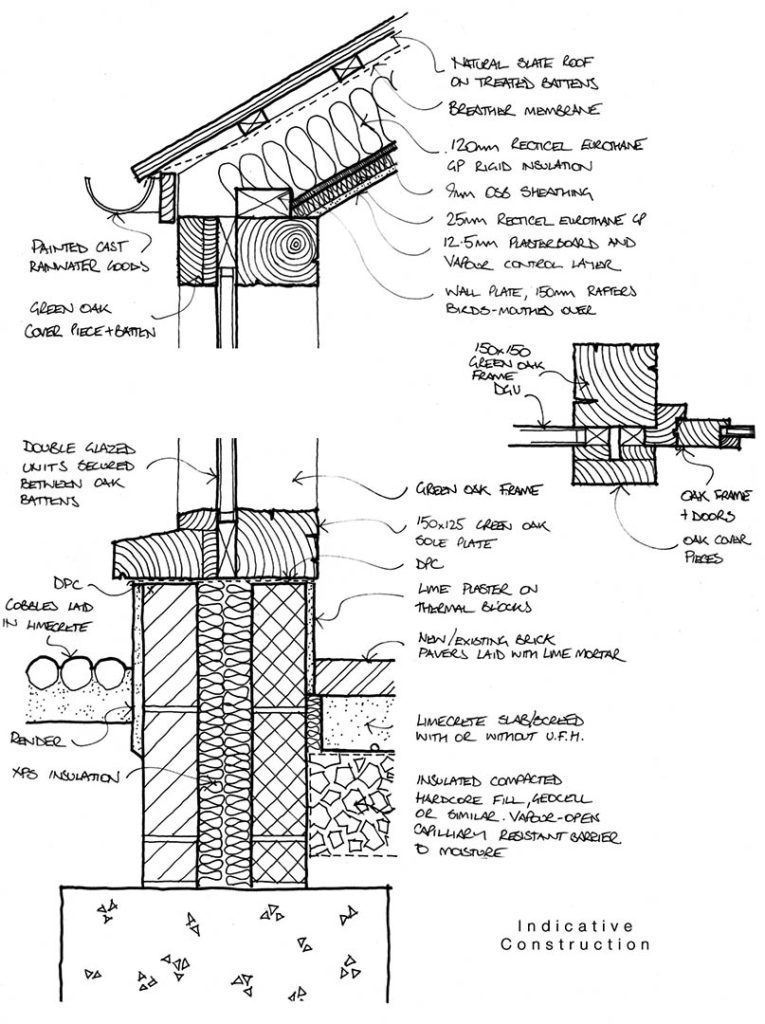