PVC windows have had a place in buildings for some time now, and show no sign of becoming less popular, especially at the lower end of budgets or in extremely maritime locations.

PVC tends to have chunkier sight-lines than alternative materials such as timber, aluminium or steel as it is inherently less strong. To counter this the manufacturer’s extrude complex profiles with folds and ribs within the otherwise hollow frame to stiffen it up. Some also have steel rods. The hollow pockets of air within the frame improve the thermal performance of the whole window. Aluminium and modern steel windows are also produced this way with a thermal break between inside and out. Timber is considered enough of an insulator that solid frames are used (and it cannot be made hollow!)

In more recent times advances in manufacturing and design, with the growing demand for improved aesthetics, have meant a handful of manufacturer’s now are able to produce flush frames. This means the opening part of the window (the casement or sash) no longer closes onto the outer frame, but neatly into it. 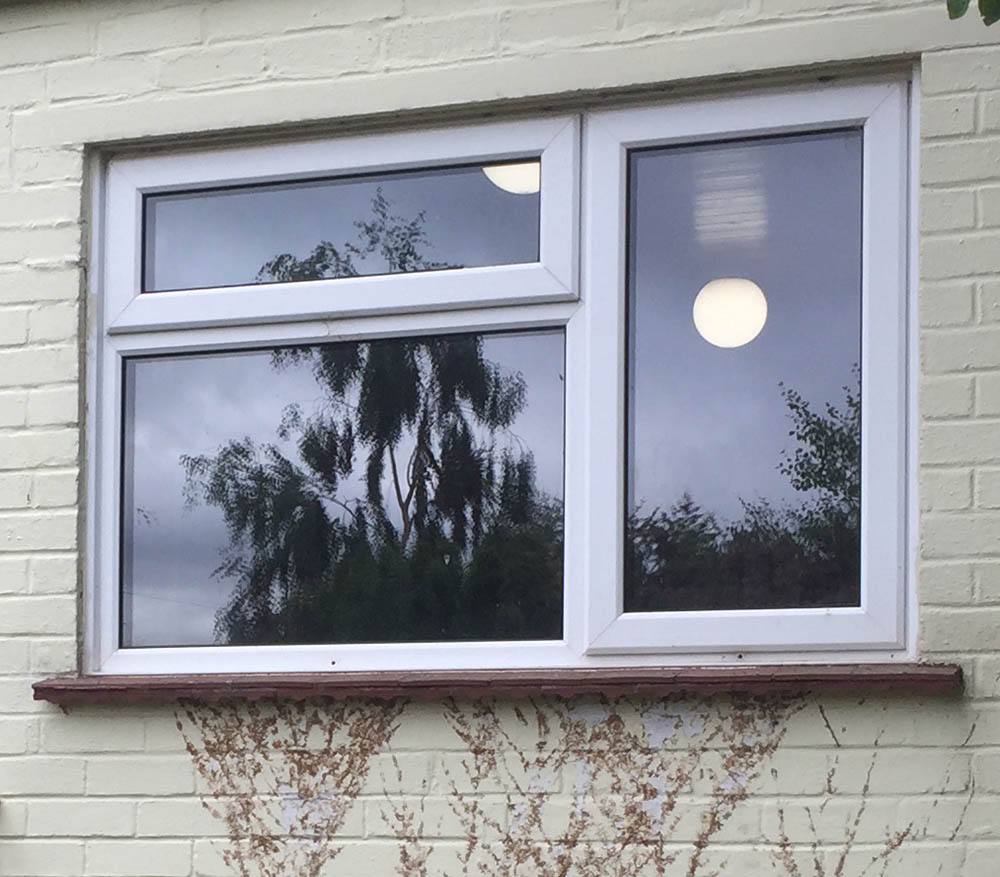 While this seems like a minor detail, it makes such a large difference to the way a building looks. With the windows in a single flush plane, often of equal thickness between frame and opening casement, elevations look better and windows are less fussy in appearance. 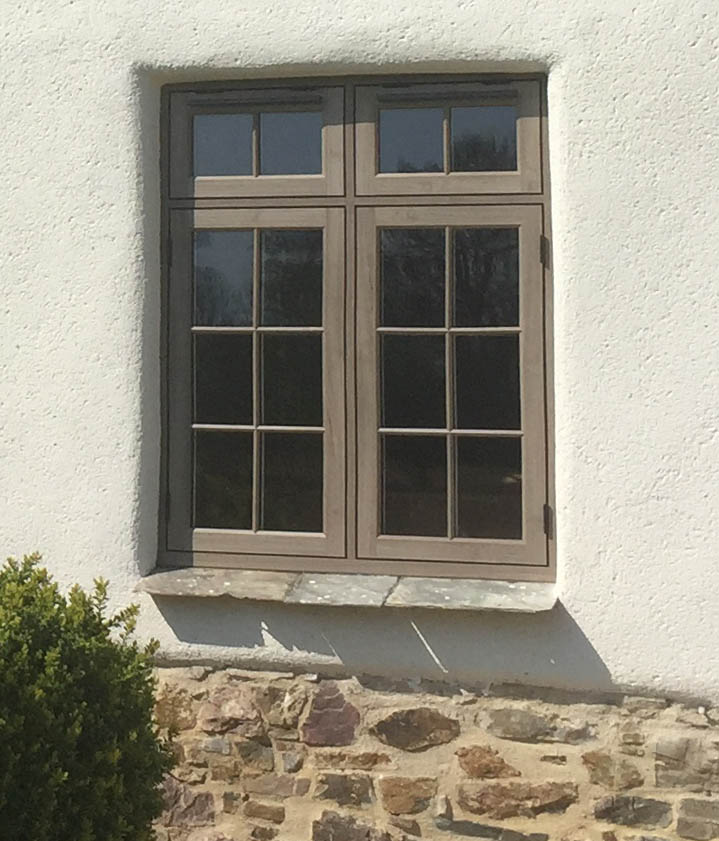 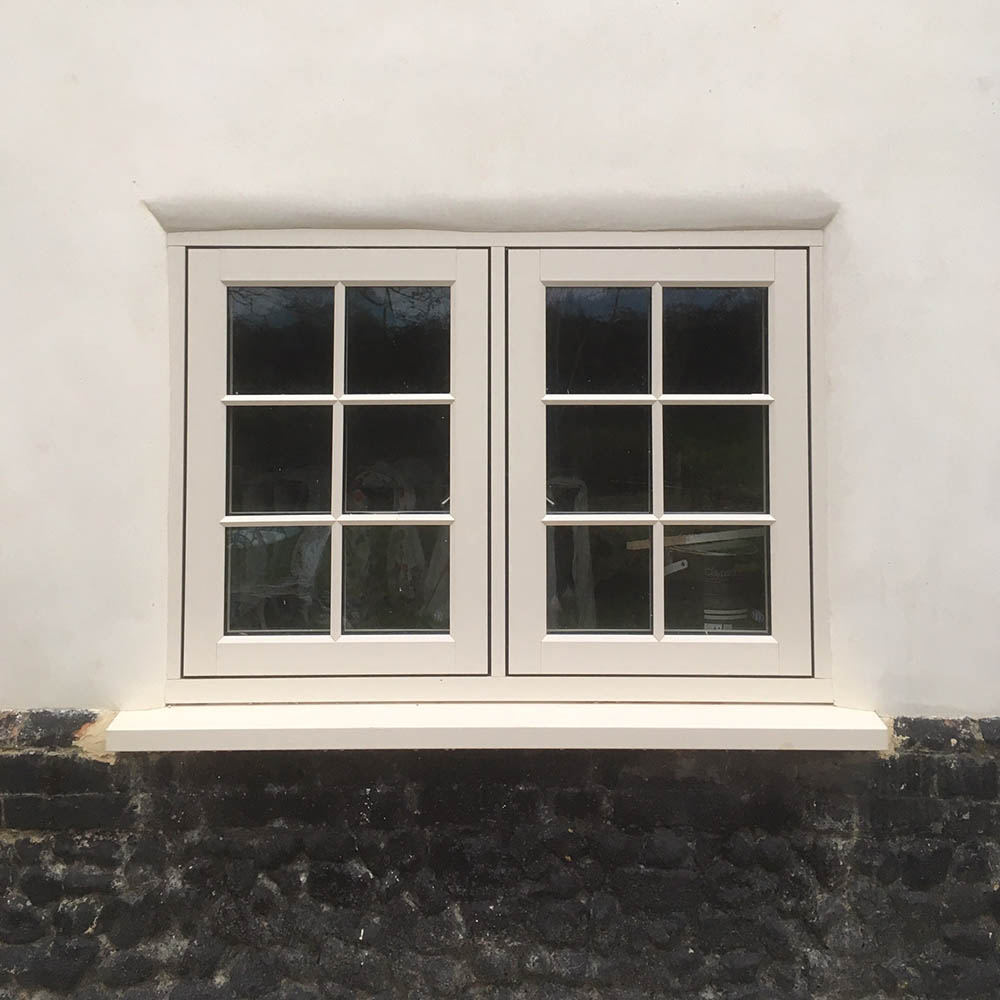 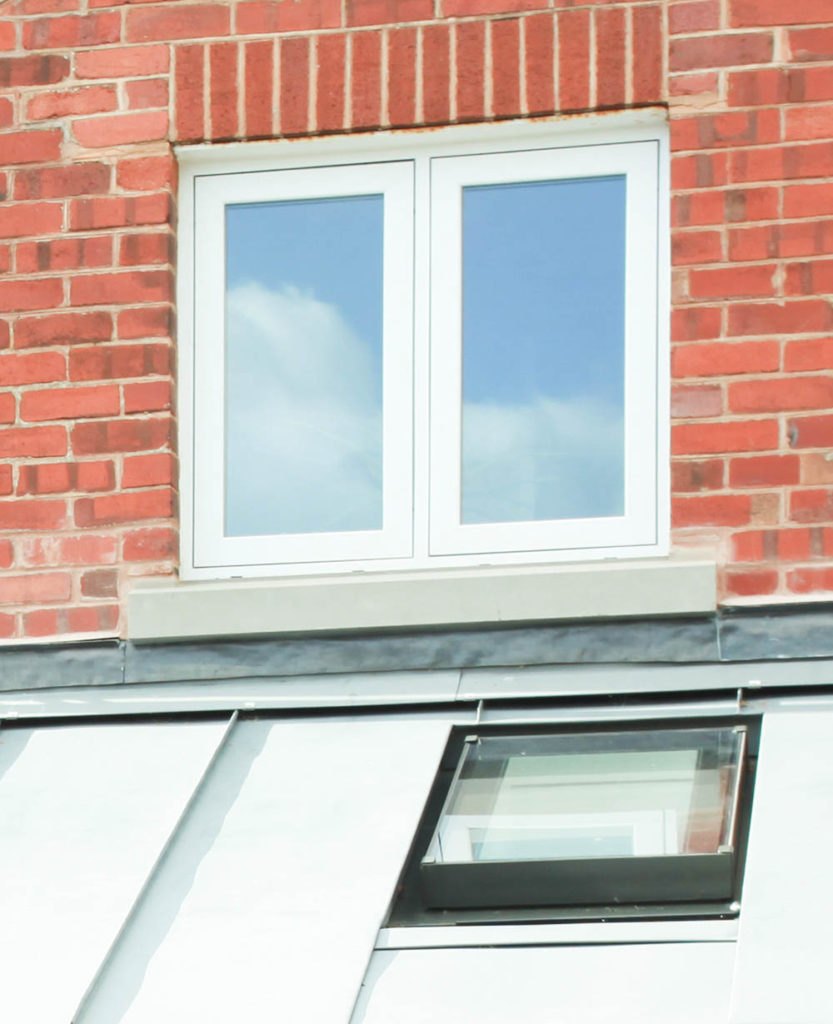 Manufacturers are always changing and improving, but currently flush finish pvc windows can either be fairly plain and contemporary, or with more traditional details much akin to a historic timber window. The above images are all pvc windows on projects completed by Tom Spriggs Architect Ltd.

You’ll also see that many installers of modern replacement windows fit them close to the outside surface of the wall, leaving a larger internal window sill. While this may make for useful storage inside, particularly on historic buildings, it can ruin the character of the elevations. Setting the window further back into the window reveal is a much aesthetically pleasing solution, and one that is better in line with historic buildings.

As wall thicknesses reduced with greater use of brick rather than stone, the window position became more critical. Windows were set back just behind the outer bricks of the wall. (The facing bricks had a slightly smaller opening than internal bricks) The set-back window reveal was governed at one point, partly to ensure that the window was set back and wind and rain could not pass behind the frame. Sash windows are an obvious example of this, they are built behind the outer bricks, one of the reasons they look so slim. Some PVC fitters fit new windows between the outer facing bricks and reduce the actual window size. Combine this with thicker sightlines of pvc, and you have substantially reduced the amount of visible glass. Where possible TSA tries to ensure the windows are set back by at least 75mm if not a full 100mm as in a traditional check reveal. It makes for a more attractive appearance, and sits more comfortably in old buildings.

Many planning design guides refer to check reveals, or window set-backs as being important to the character of an area, and giving necessary relief and depth to a buildings elevation. However this seems to be rarely controlled, which is a detriment to the area.