Tom Spriggs Architect Ltd has been supporting the Exeter Cycling Campaign since its inception. The Campaign does really good work in promoting cycling infrastructure provision in Exeter’s growth. Many of our streets, parks and new development are very suitable for cycling and walking, but many are not and could be vastly improved. Exeter is a compact city centre that can be navigated quickly without resorting to car use.

Exeter City Council car parks have increased in price over the last few years to earn more money, but also to try to discourage private car use. However, this alone will not improve the city enough. The Campaign attempts to comment on major planning applications, in an effort to ensure that large developments take cycling, scooting and buggies into account right form the start, and not just as an after thought or box ticking exercise.

They have been campaigning on creating better and new infrastructure throughout the city and have a growing number of supporters, activists, volunteers and experts in helping the council(s) improve the city with well thought out and resident-supported schemes.

Wherever possible Tom Spriggs Architect Ltd makes site visits and journeys to meetings by bike, and on the whole clients are welcoming of this form of transport, even if the dress code is less smart than it could be.

There are huge swathes of development on the outskirts of Exeter, that have some space for cycling, and credit where it’s due, are better than they could be if left alone for profit only. However, seeing all the hundreds of houses being built, without cycling and walking as the principle method of travel is hugely disappointing. Compared to some schemes in other cities and countries where walking and cycling are more normal we are way behind. Not a single car driver I have met would say the traffic in Exeter is good, yet many seem too afraid/unwilling/complacent or set in their ways to be part of the change, and get out of their cars. The barriers for so many people to get on a bike are the small trivial things as much as the traffic. The campaign is working hard to increase segregated cycle lanes etc, but little improvements can also be added to every scheme. Secure cycle parking, a porch to get ready, somewhere to keep your lock and helmet, are all minor tweaks to most architectural design schemes easily achievable. It won’t improve the traffic, the hills, the weather, the distances or the fitness levels, but hopefully by addressing as many difficulties as possible more people can start cycling. (Which will improve the traffic, the fitness levels and the pollution!)

Tom Spriggs Architect Ltd is committed to apply the following questions to every project big or small:

While not necessarily as ground breaking as the Campaign’s work on major planning applications, or city wide infrastructure, it should help in small step by step pieces and is a small additional commitment to improving Exeter.

In the meantime, encourage your employer to make cycling easier, sign up to the charter, and give it a go. Like all things in life, the difficulties you initially meet will ebb away with increased fitness, practice, experience and enjoyment. 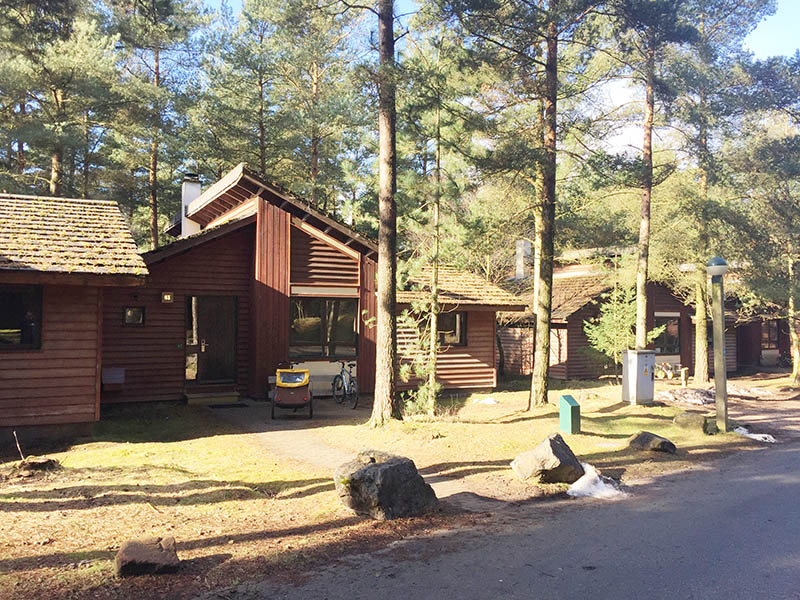 Successful Cycling and Walking priority design at a Center Parcs showing the UK population CAN and WILL cycle and walk to local facilities if encouraged through good design and infrastructure.