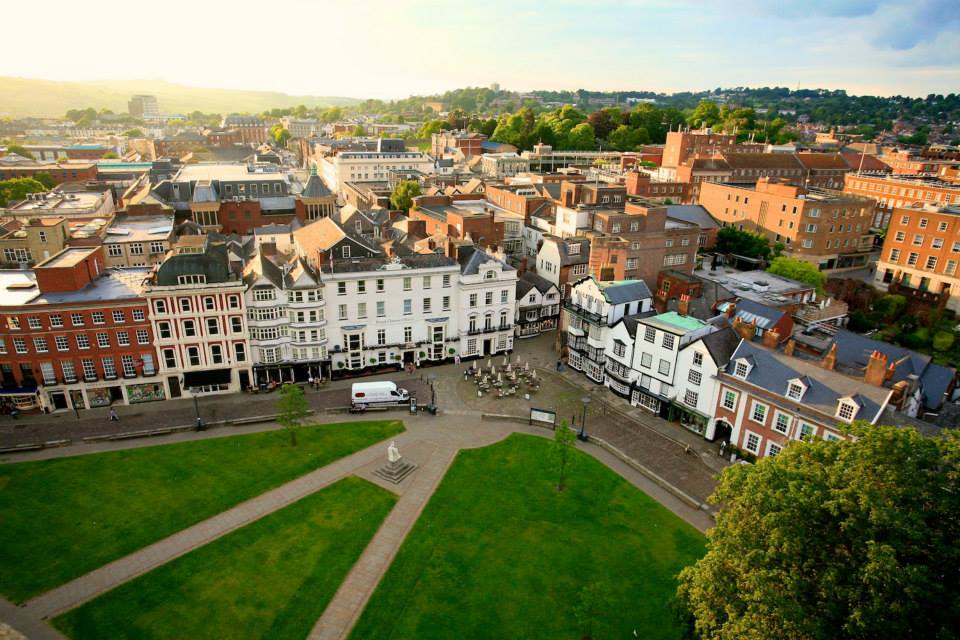 Right in the middle of Exeter is the magnificent Exeter Cathedral, a fine example of Gothic architecture. Its vaulted ceiling is the longest of it’s type in the world. The roof is formed in two layers; the decorated stone vaulted arches visible from below; and a timber lead-covered roof over this, all told adding up to an estimated 10000 tons of material bearing down on the massive stone walls, pillars and buttresses.

The Cathedral offer tours of the roof space between, the bell tower and the top of one of the towers for an uninterrupted view of Exeter city centre. Interestingly at some point in it’s history one of the structural purlins was cut away and the whole roof racked over by 6 feet, stopped only by the carved stone west wall. It is now braced and stabilised with steel members but the racked angle of the rafters can still be seen. Timbers within the roof space are huge and some are thought to have originally come from ship structures.

The Cathedral is an asset and landmark within Exeter and the roof and general tour are well worth the time! 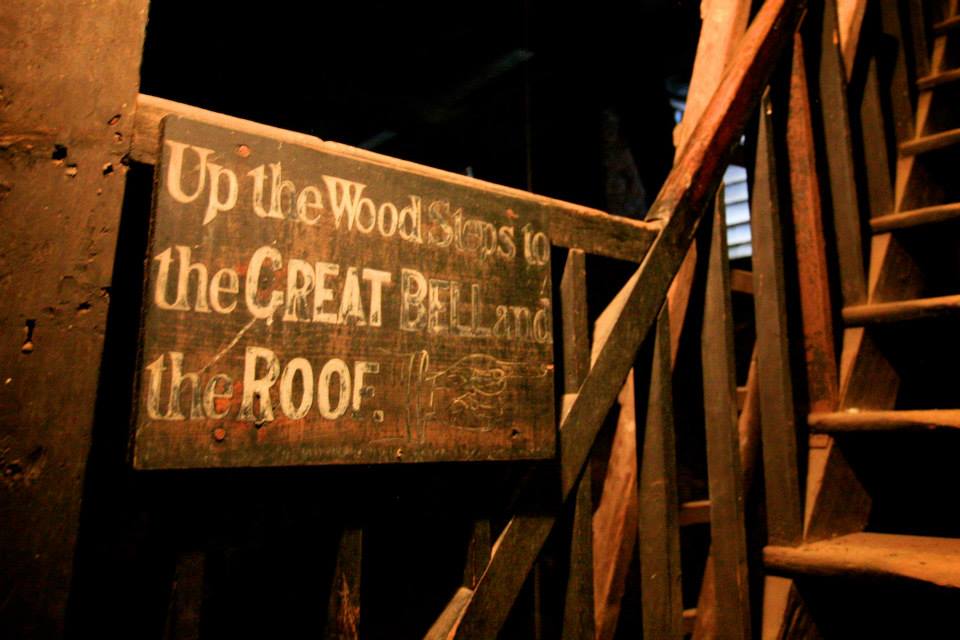 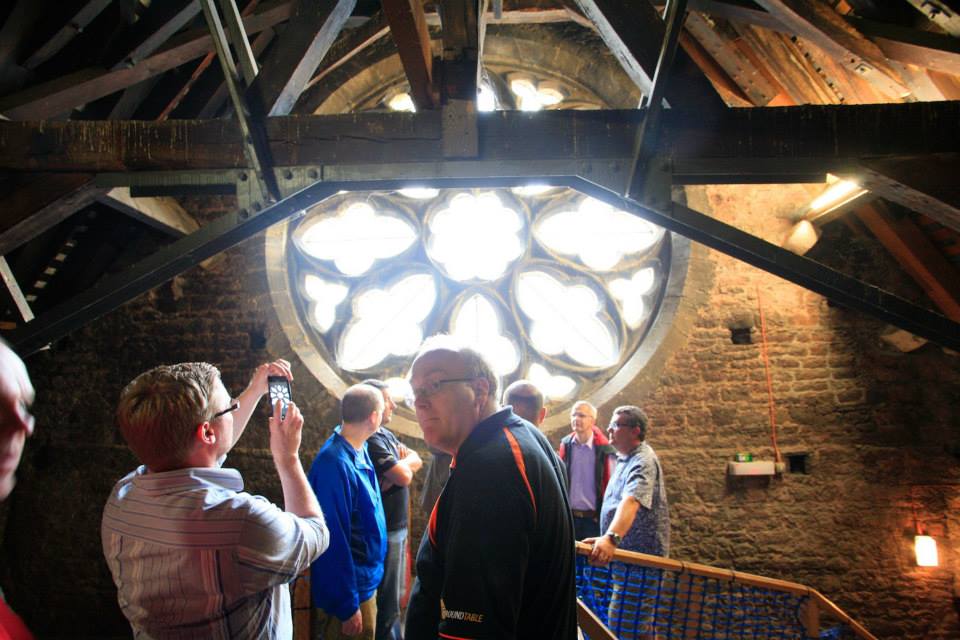 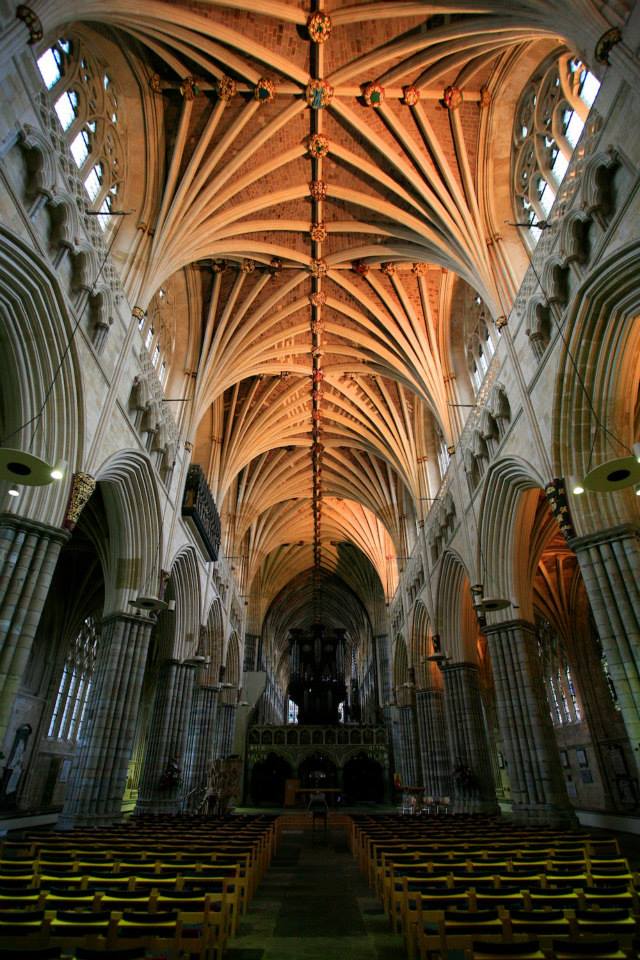 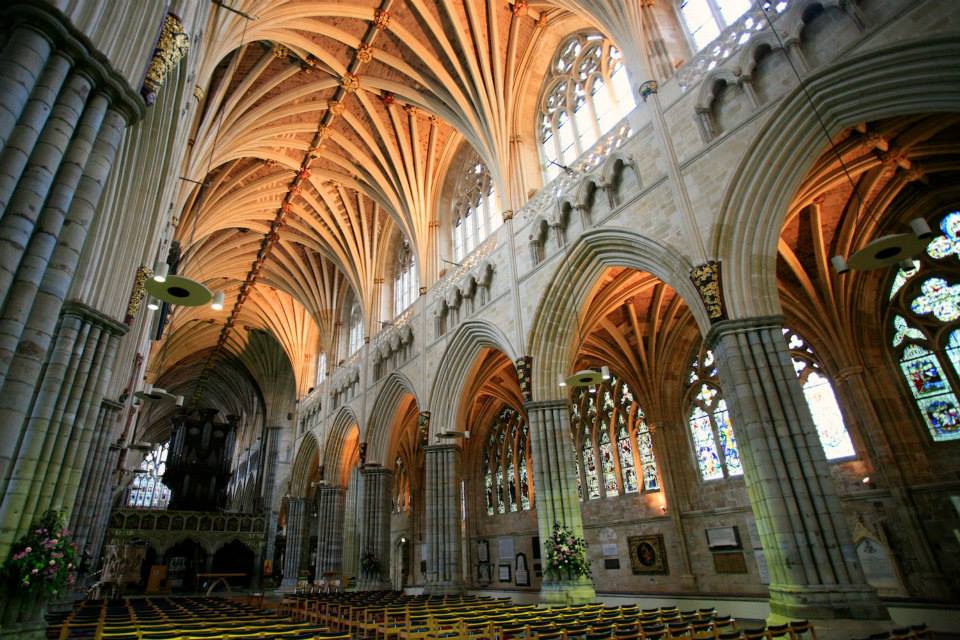 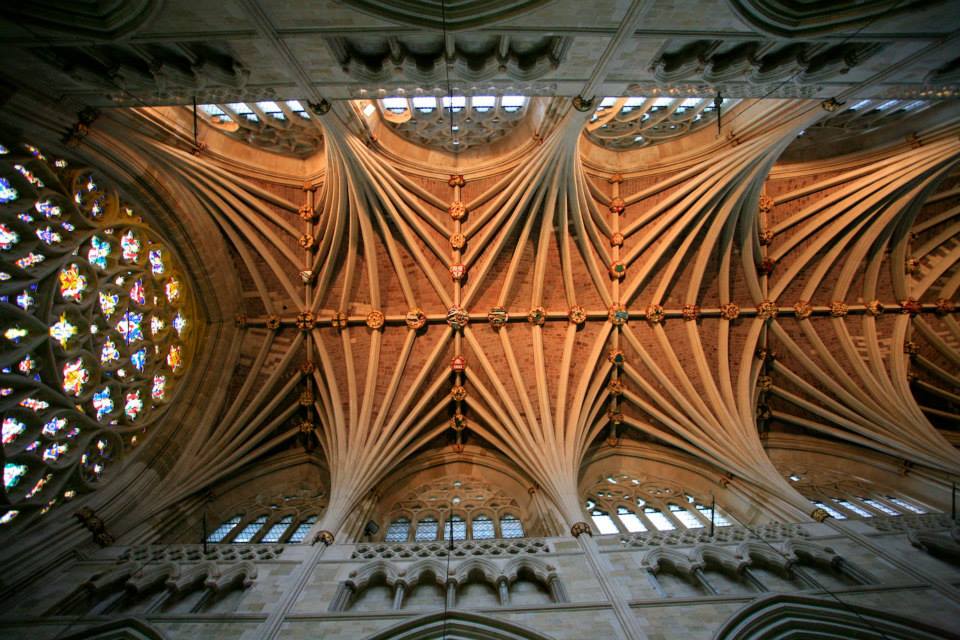 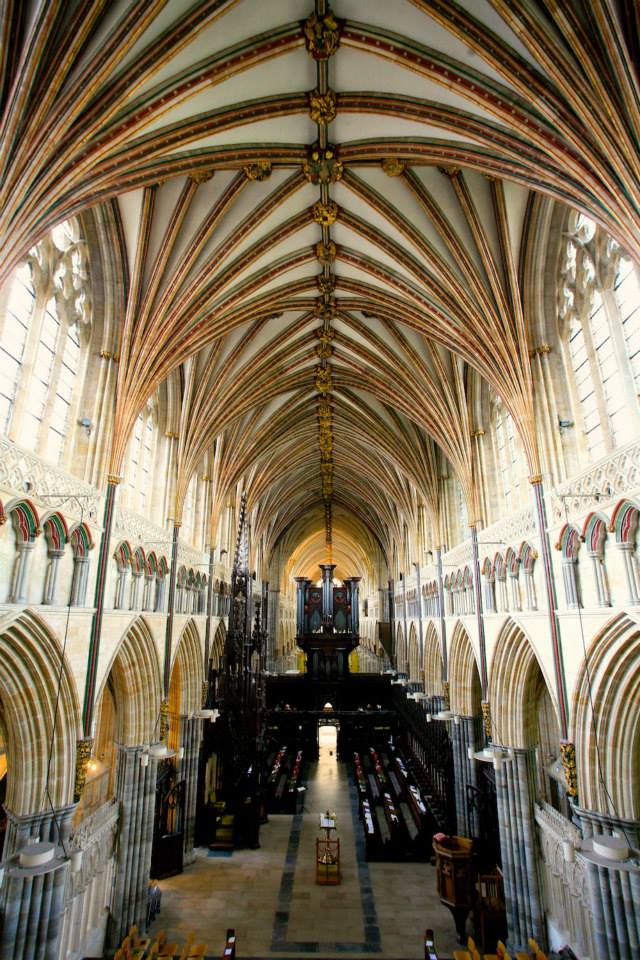