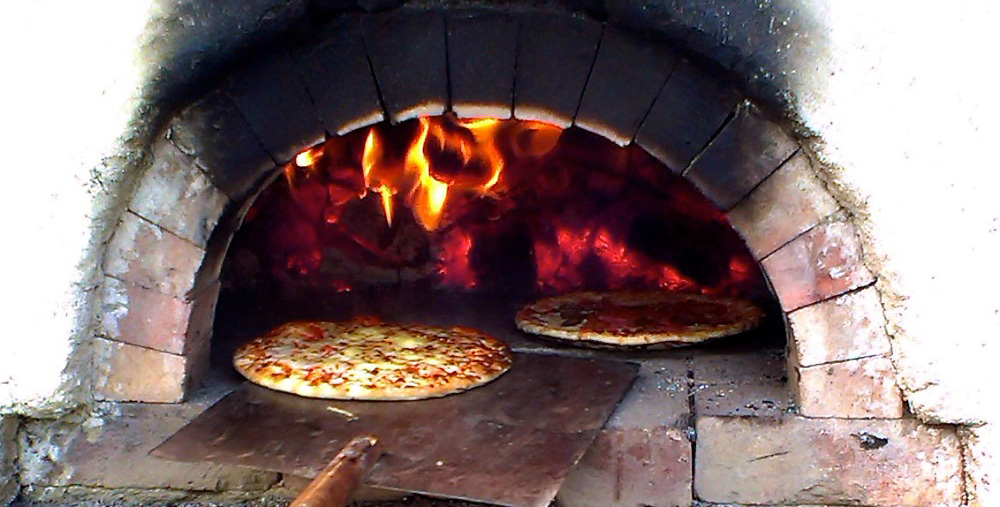 Pizza ovens, or earth ovens can be a great addition to any garden or terrace. They are a simple yet dramatic way to cook food and great for entertaining and parties. If you have a bit of space, they are much more interesting than a normal boring BBQ! Pizzas cooked in a wood-fired oven taste delicious. A clay oven like this one will need to be protected from the rain to last.

The construction method is simple and requires a bit of ‘hands on’ work, a little experimentation, quite a bit of sand and some clay. First of all start with your base, which can be of anything to suit the location but it should be flat and at a comfortable working level. The top surface should be able to withstand huge temperatures and will form your cooking surface. Fire bricks or the clay bricks from old storage heaters are ideal. As an enhanced option, insulate under this cooking brick layer to keep in the heat. Wine bottles laid on their side bedding in sand will do quite a good job of insulation! The next step is to build a damp sand former on the base’s cooking surface. This will be the reverse mould of the oven so shape is important. The rounded shape creates the rolling pattern of heat that cooks the pizza top. 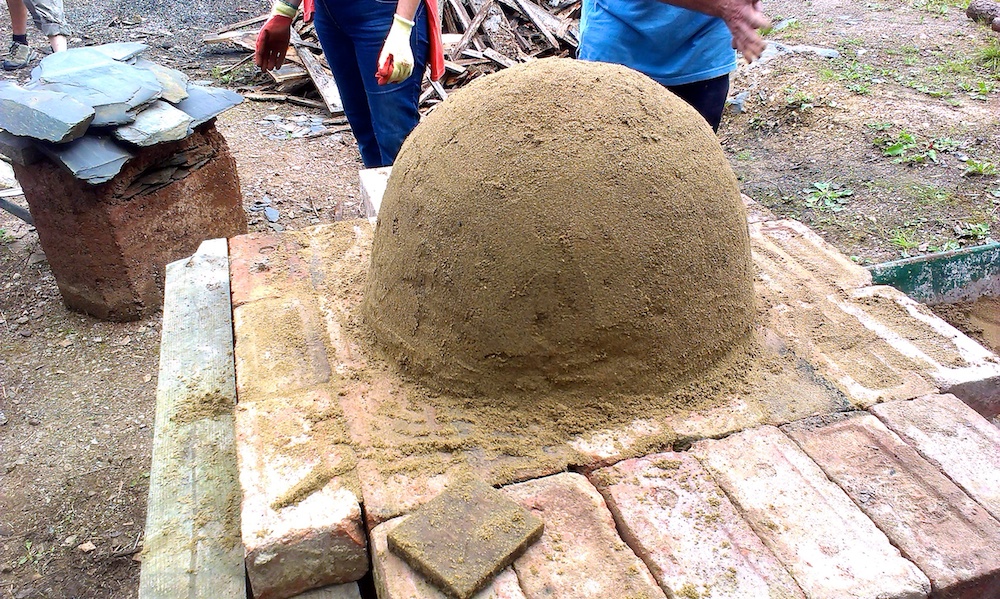 A typical dome height is 40cm – start with a vertical side of around 10cm then begin rounding over. A typical diameter will be around 55-60cm. Wrapping the completed former in wet newspaper makes removal easier later. Clay/sand mixing for the thermal mass layer of the oven: The ratio should be somewhere between 1part clay/soil to 2-4parts sharp sand and a little water as you go. Don’t be tempted to add too much water, the mix will be stronger and less prone to slumping when drier. It will take longer to mix when dry, so patience and lots of help will be needed. Bare feet and beer are the best method for the mixing. Mixing on a tarp allows you to occasionally drag the edges over and effectively turn the mix upside down. A twisting motion to push the sand particles into the clay is needed. Most cement mixers will not create the squashing motion, and will just turn the mixture over – hence the feet and a ‘twist-and-shout’ sort of manoeuvre.

When the mix is ready a lemon-sized hard-packed ball will flatten a little but hold it’s shape when dropped from shoulder height (see pics).

Build up a 10cm thick layer over the dome former with the sand/clay mixture being careful not to push into the sand. Ensure that the mix is pressed down (not patted) into itself to avoid layers that could form stress cracks when heating up. When you are at the top be careful to keep pushing into itself, not into the sand otherwise you could collapse the whole thing. Maintain the thickness throughout. Give it a day or so to begin drying out before cutting the door.

The door height should be 63% of the sand former. This might sound odd, but research has shown that this is quite important to the oven’s performance. Width of the opening is usually around half the oven diameter. Chamfer the cut through the clay layer. Although the oven could be used at this point, an insulation layer makes for a better and more robust oven. This can be formed with another 10cm layer but made from clay slip (clay left in water overnight to thick cream consistency) and sawdust/shavings. Mix in a barrow until it holds together in a ball.Over the doorway, arch a mix of slip/sawdust with some straw added in for tensile strength. Once all this is beginning to dry out you can plaster the outside. This can be done with more clay/soil in a ratio of around 1 part clay to 3 or 4 parts sand, a little water and some fibre: horse hair or similar.

Scraping out the inner sand former can be done after either layer, just be patient that it has had enough time to dry out before doing so! The layer of wet newspaper will help you out here, it is a clear line where to stop mining and digging for consistent thickness. Doorways can also be lined with a brick arch, these should be built first, before the sand former. Then mould your sand into the arch to ensure continuity.

It won’t last forever and will crack over time, but if you keep the rain off it and some people earth render it over the optional insulation layer but it’ll serve you well for a number of years. 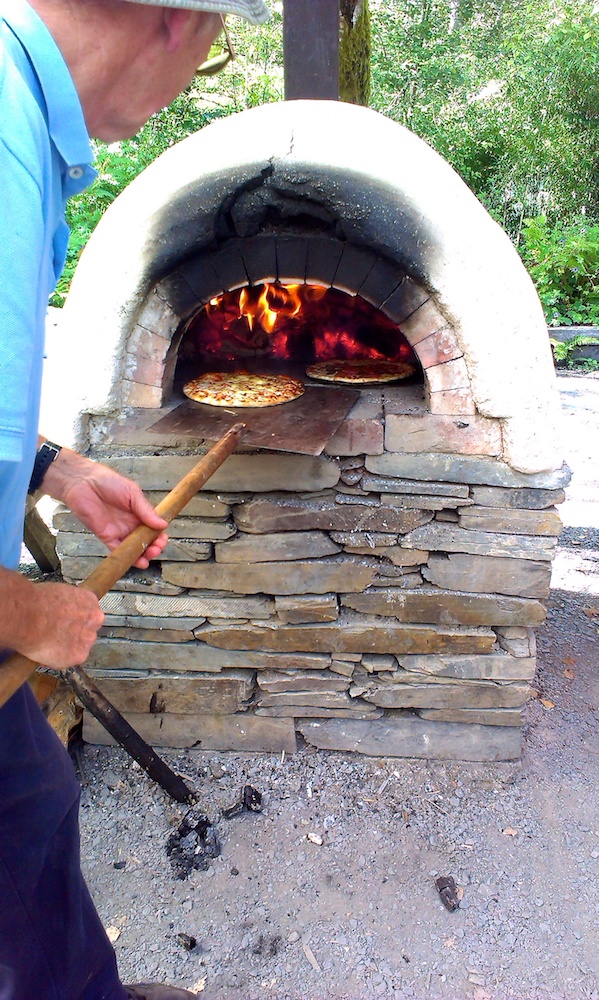